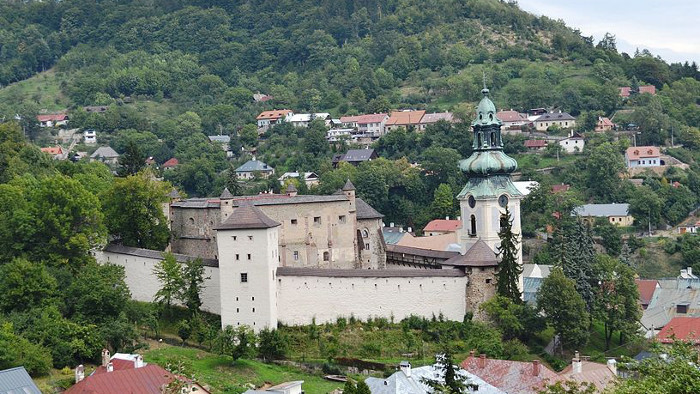 Banská Štiavnica has made it into the final 5 of the top European film locations contest run by The European Film Commissions Network. The winner will be chosen in an online public poll. The Slovak Film Commission registered the Slovak UNESCO site following the mini-series Dracula which was partially filmed there by the BBC and Netflix. Zuzana Bielikova from the Slovak Film Commission informed that Banská Štiavnica was highly praised by the foreign filming crew. The town's Old Castle and the streets in its centre offered the perfect ambience to the story.

Patrick Horvath from a company dealing with finding film locations in Slovakia informed the TASR press agency that this nomination is a significant success as the runner up locations are annually presented at the International Film Festival in Berlin, one of Europe's top film events. Hundreds of producers go there looking for new co-operations and locations for their emerging projects. According to Horvath, Banská Štiavnica represents a small area packed with visually attractive sites in a well preserved state. As he added, foreign producers have become more interested in filming in Slovakia as it has a great number of castles, chateaux and manor houses, wilderness and socialist architecture. Other reason is the 33% cash rebate provided by the Slovak government. This means that a production investing over a set limit in our country can apply to claim back a third of its investments. The cash rebate in Slovakia is the highest when compared to its neighbouring countries. Zuzana Bielikova confirmed the increase in interest in Slovak locations adding that the 33% support had been provided to 18 projects so far.

The final 5 of the top European film locations include not only Slovak Banská Štiavnica but also sites from Italy, Germany, Lithuania and Northern Macedonia. These were chosen by an expert jury. However, the winner will be picked by the public in an online poll at www.cineuropa.org. It is possible to cast your vote for Banská Štiavnica until 12th January 2021.