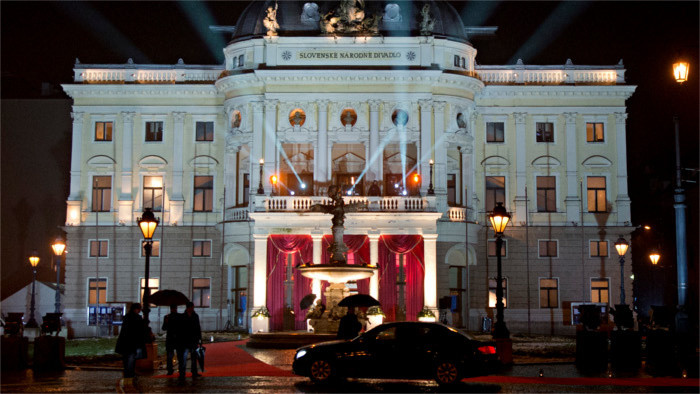 The historic building of the Slovak National Theatre (SND) on Hviezdoslavovo Square in Bratislava will be temporarily closed, SND spokesperson Izabela Pažitková announced on Monday. The reason for the closure is the poor technical condition of the building, which threatens the safety of theatre performances. The problems range from 'cosmetic' ones, such as the damaged façade and the poor condition of spectator seats, to major issues such as a malfunctioning transformer station and electric fire alarm," said Pažitková, adding that this would mean a high safety risk for theatre staff. The last major reconstruction took place almost half a century ago, in 1972.

Although the Government has allocated almost €0.5 million for the reconstruction of the historic building, just a small portion of this amount has been drawn on, with the rest of money being shifted to the modernisation of the stage control system in the new SND building. The Culture Ministry's intention is to finance the reconstruction from EU funds within the new programming period. The building on Hviezdoslavovo Square was opened in 1886 and became the home of the SND in 1920.