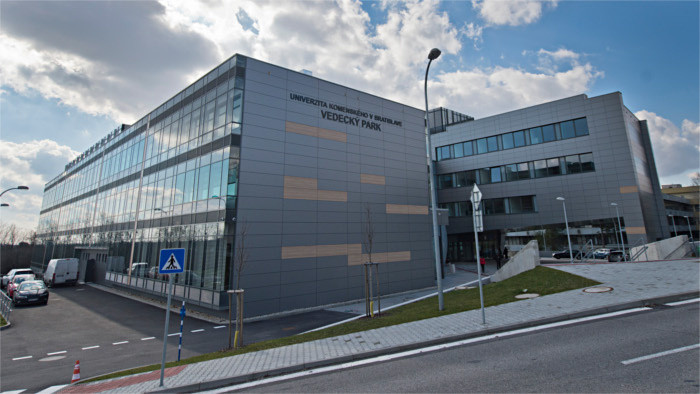 Comenius University ceremonially opened on Friday the new Science Park in the Mlynská Dolina area in Bratislava. The park will focus on biomedicine, biotechnology, environmental medicine and the social challenges of the 21st century. The total cost of the project is almost €42 million. It will provide room for inter-disciplinary research, not only at the inter-university level, but also in cooperation with other domestic and foreign partners. "The Science Park is a unique centre with the latest technological equipment that will link research with practice. It creates prospects for the further development of science at our university with principal significance at the domestic as well as international level," said University Rector Karol Mičieta. The foundation stone of the Science Park was laid in February 2014. The centre will carry out research into new diagnostic procedures to detect the genetic basis of civilizations and of conditions with at least a hereditary element such as autism, multiple sclerosis, obesity and Crohn's disease. Another part of the research will include biotechnological activities.