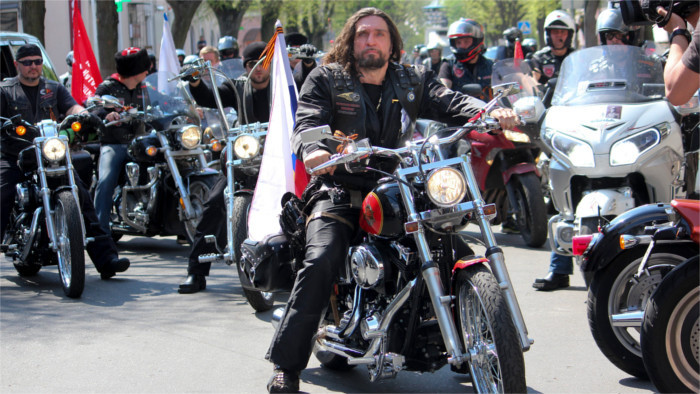 More than two hundred public figures have urged President Andrej Kiska, Parliamentary Chair Andrej Danko (Slovak National Party/SNS) and Prime Minister Peter Pellegrini (Smer-SD) to take action regarding the Russian Night Wolves motorcycle gang, which has set up a base in the village of Dolná Krupá, northeast of Bratislava. A collection of vintage military equipment and armoured personnel carriers have been positioned inside the base by the gang. According to TASR, the public figures who signed the document find the activities of the Night Wolves in Slovakia scandalous. "At the time of the 50th anniversary of the August occupation of Czechoslovakia by armies of the Warsaw Pact, the Russian motorcycle gang the Night Wolves, which has been on the US sanctions list since 2014, is becoming active as part of the Russian hybrid war against the EU, NATO and Slovakia. Since the annexation of Crimea and the Russian invasion of Ukraine, the Night Wolves have been known in our country as Putin's paramilitary vanguard, with their leader Alexander Zaldostanov banned from entering the EU as part of anti-Russian sanctions," reads the text, adding that the Night Wolves are banned from entering Poland, yet they're welcome in Slovakia under the veneer of innocuous motorcycle rides and museum-related events. The signatories, which include a political scientist, a security analyst, actors and journalists, ask why the Interior Ministry has failed to adopt an appropriate stance on the issue. They call on officials to terminate the activities of the Night Wolves in Slovakia.

Junior member of the ruling governmental coalition, the Most-Híd party commented on the issue via Facebook. "At a time when the world is being threatened by hybrid wars, we should be especially careful about underestimating the activities of the Night Wolves in our territory," read the statement. The Opposition party Freedom and Solidarity (SaS) plan to demand answers at the parliamentary defence committee's next session. "At the next committee session we'll be asking Interior Minister Denisa Saková what she knows about this base. Seeing as it's public knowledge that the group is a paramilitary organisation with ties to Russian President [Vladimir] Putin, we expect the Foreign [and European] Affairs Ministry to respond as well," said SaS vice-chair Ľubomír Galko.

However, Boris Kollár, the leader of the party We Are Family told TABLET.TV on Tuesday that Slovaks should not overreact to the presence of the gang or the appearance of military equipment on their base. "Let's not get all crazy because of them. On a personal note, I think that Slovakia faces a lot more urgent problems: health care, low salaries, distraint proceedings, mothers with children ... Nobody's addressing that. Yet we have a general problem with some Night Wolves. It's not worth it," stated Kollár.

The Night Wolves includes around 11,000 members globally and is viewed by many as a paramilitary organisation with close ties to Putin. The Russian motorcycle gang, funded by the Kremlin, is known for demonstrations of nationalism. For instance, it openly supported the annexation of Crimea by Russia from Ukraine in 2014.