Racism to be a trump card in elections? 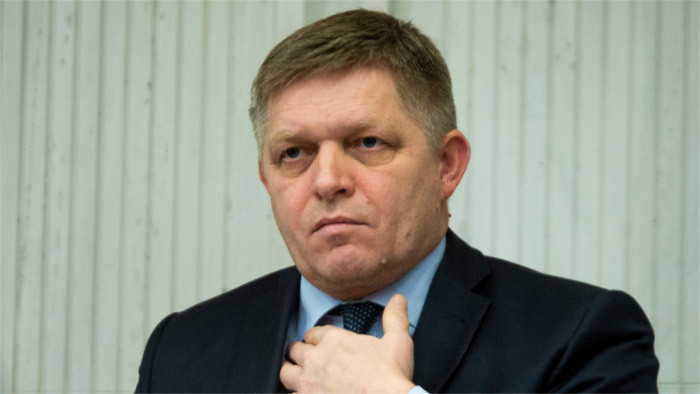 Ex-MP Milan Mazurek spoke aloud what almost the whole nation thinks, governing Smer-SD party leader Robert Fico said in a video he posted on a social network in connection with Mazurek's (far-right People's Party Our Slovakia - LSNS) final conviction for defaming a race, nation and belief. "I do respect the Supreme Court's verdict against MP Mazurek, however, I rank it in the category of media verdicts, as a result of which support for Mr. Kotleba [LSNS leader] and his party will grow," he said, adding that "if you execute somebody for truth, you'll make a national hero out of him". Fico added that Smer-SD is a party with a clear anti-fascist orientation.

Mazurek has lost his seat in Parliament after his conviction for defaming a race, nation and belief was upheld on Tuesday (September 3). The Specialised Criminal Court last year found Mazurek guilty of disparaging remarks against the Roma broadcast by Radio Frontinus in October 2016.

In response to ex-MP Milan Mazurek's final conviction, Prime Minister Peter Pellegrini said he welcomed the fact that a convicted extremist would no longer sit in Parliament. Pellegrini considers the Supreme Court's verdict related to Mazurek "as a serious warning that hatred can't be spread verbally".

The junior coalition Slovak National Party (SNS) is surprised and shocked by the statements made by Smer-SD chairman Robert Fico, who admires the manifestations of Mazurek's extremism. In an issued statement it expressed its hopes that their coalition partner realises "that the promotion of extremism in any form is highly socially dangerous". The party adds that this is not accepted either in Brussels or in Moscow.

The election is approaching and Robert Fico is using anti-Roma rhetoric again, the Government proxy for Roma communities Abel Ravasz from the junior coalition party Most-Hid wrote on a social network. Ravasz added that Fico's nervousness does not justify him "stirring up national-minority-related passions". According to the Government proxy for Roma communities, this is undemocratic, unethical and dangerous.

MP for the opposition Freedom and Solidarity (SaS) party Natalia Blahova also criticised Fico, calling upon law enforcement bodies to start prosecuting him. "By stating this, Robert Fico indirectly claims that the convicted person was right and the statements that were recognised by the Supreme Court as defaming and fascist are true. Therefore, law enforcement authorities should act," said Blahova.