The “villain” in the dock 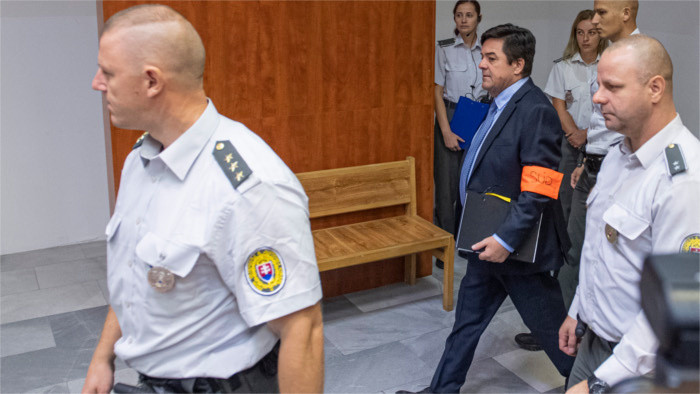 Controversial businessman Marian Kočner, who has made so many headlines in Slovakia lately, is in the dock these days in a case in which he is charged with counterfeiting promissory notes, upon which he based his €70 million claim against TV Markiza. His account of the events surrounding his attempt at a forceful takeover of TV Markiza in the late 1990s, where he arrived in the company of Congrady crime gang, is consistent on many points with the July testimony of former TV Markiza general director Pavol Rusko. The defendant repeatedly stated that he had suffered for two years after the 1998 TV Markiza incident, with his children coming home from school in tears, as the media was portraying him as a gangster.

Prosecutor Jan Santa, of the Special Prosecutor's Office, asked the defendant on Monday whether he had asked former Prime Minister Robert Fico, former Interior Minister Robert Kaliňak or Special Prosecutor Dušan Kovačik for help while in custody. "I don't need help from anyone," Kočner responded. Santa also asked him whether he called anyone "my pet little monkey" in his Threema messages, a reference to ex-Deputy Justice Minister and judge Monika Jankovská, who resigned last week following the publication of some of the messages. "I won't make comments on anything allegedly originating from a chat that hasn't been proven authentic by experts in any way, shape or form. I insist that this is illegal evidence that doesn't stand," said Kočner, who is also charged with ordering the murder of investigative journalist Jan Kuciak. The trial in that case is expected to start later this year.

When asked whether Nitra-based businessman Norbert Bodor arranged for the police screening of several individuals including journalists at his request, the defendant responded that Bodor doesn't have any means of making that happen. The prosecutor inquired whether he had made payments to any media figures - specifically activist/YouTube personality Martin Daňo - to give his case positive coverage. Kočner stated that he footed the bill for their meetings and sometimes bought Daňo coffee.

The trial continues on Tuesday, with the court hearing testimony from the current management of the private commercial channel TV Markiza. Former journalist and ex-Slovak Intelligence Service (SIS) agent Peter Toth will testify as a witness in a closed-door session. His testimony will be taken on camera, as he serves as witness in several cases still under investigation.