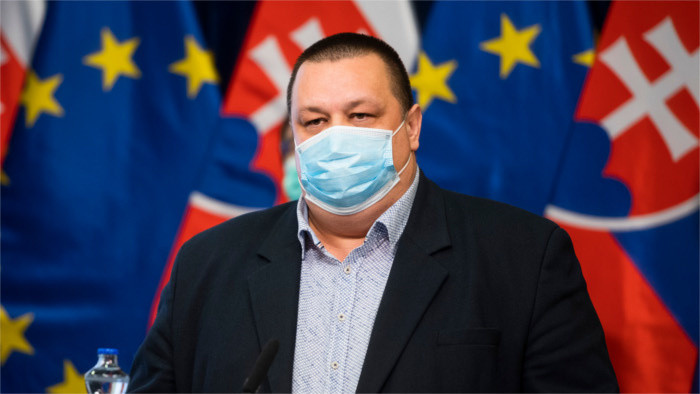 The recent growth in the number of novel coronavirus cases in Slovakia is attributed to the instances of the illness being imported from abroad and subsequently spread via close contacts of the people who tested positive for the virus, Chief Health Officer Ján Mikas explained on Wednesday. "What we don't have is community spreading [of the virus]," emphasised Mikas. This holds true also for the spike of new cases in the district of Galanta (Trnava region), centred around employees of a catering company. It is mostly employees from Ukraine, Serbia and the Czech Republic who make up the bulk of the imported COVID cases in Slovakia. In this context, Health Minister Marek Krajči (OĽaNO) underlined the role of employers. "It's important that they set up their outbreak contingency plans well, so that their employees are protected," he claimed. On Tuesday (August 11), 75 new cases of COVID-19 were reported in Slovakia, the highest number since April 22.