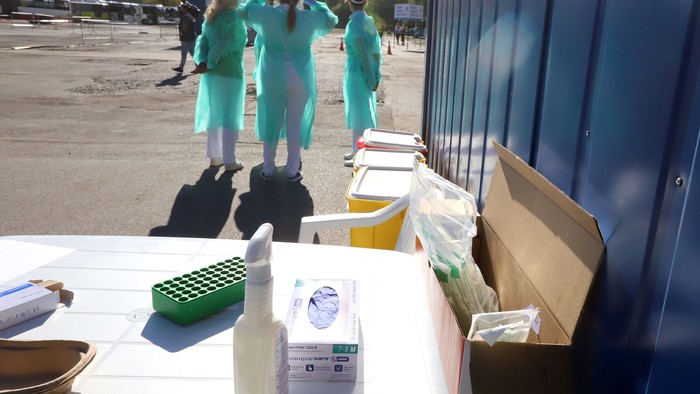 UPDATE: The limit for the maximum number of participants to sport, cultural and social mass events is set at 1,000 and 500 people respectively for the time being, Prime Minister Igor Matovič announced after a meeting of the Central Crisis Committee on Monday afternoon. For localities in the "red" zones the maximum limit is reduced by half meaning 500 and 250 people respectively with no catering on the spot.

The districts of Bratislava, Nitra, Tvrdošin, Michalovce and Stará L'ubovňa have become "red" zones for high incidence of coronavirus infection, the Pandemic Commission announced on Friday afternoon. In practice it means that as of September 12th until the end of the month a ban on events from 11pm to 6am the following day, with the exception of weddings with under 150 participants (30 for Bratislava), and an upper limit on the number of participants to mass events set at 500 for outdoor and 250 for indoor events will be introduced. The Health Ministry recommends introducing a ban on visits to social care facilities and retirement homes in localities in the "red" and "orange" zones.

Restaurants, pubs, canteens and hotels will not be allowed to host mass events with the exception of weddings and alms from September 16th until further notice

At the moment the following districts are on the list of "orange" zones with moderate incidence of coronavirus infection: