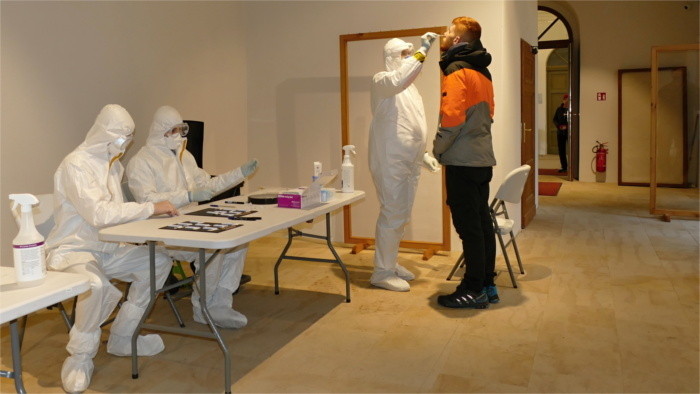 Towns and villages in which the rate of positively tested people exceeded 1 percent in the previous round will see another round of mass testing this upcoming weekend. It concerns 458 municipalities. Defence Minister Jaroslav Naď (OĽaNO) on Thursday called on people to take part in the next round of mass testing only if they actually live in the towns and cities in question. "We don't want to prohibit anyone from having themselves tested, but due to statistical reasons we'd like to have a more precise overview of the extent to which individual municipalities are infected with the virus," explained Naď. He also pointed to the fact that some municipalities with populations of several hundred tested more than 1,500 people in the previous rounds of mass testing. Up to 8,000 soldiers will be deployed to help with the round taking place between November 21 and November 22.

The list of municipalities that will undergo the testing can be found here (in Slovak).