Slovakia at start of third wave 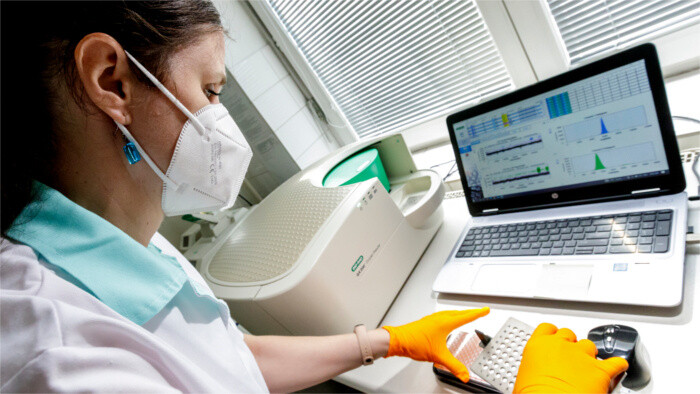 The epidemiological situation has taken a turn for the worse, as Slovakia has found itself facing the third wave of the pandemic, Health Analysis Institute head Matej Misik declared on Thursday. As of Monday (October 4), 13 districts will be classified as second-level risk or dark red, while 39 districts will be treated as red (a first-degree warning), 27 as orange (alert) and none as green. A total of 56 patients require artificial lung ventilation. However, the number of people willing to be vaccinated with the first dose has gone up, too.

"The situation has deteriorated most dramatically in Kysucke Nove Mesto and Cadca (both Zilina region)," said Misik, adding that if the trend continues, the region might be reclassified as a black zone.

"About 1,200 new cases were seen on average in the last week. Almost 400 patients were admitted to hospitals in seven days. Currently, 453 patients are hospitalised with a confirmed COVID-19 diagnosis, which amounts to an almost 40-percent week-on-week increase," added Misik. He pointed out that most burdened are hospitals in Presov region.

"We are seeing an increase in the number of people interested in getting the first dose of vaccination, however. Two weeks ago, the minimum stood at 12,000 applicants a week, last week that number swelled to 16,000," said Misik and added that there are still 200,000 people in the highest-risk 75+ age category who are not vaccinated.