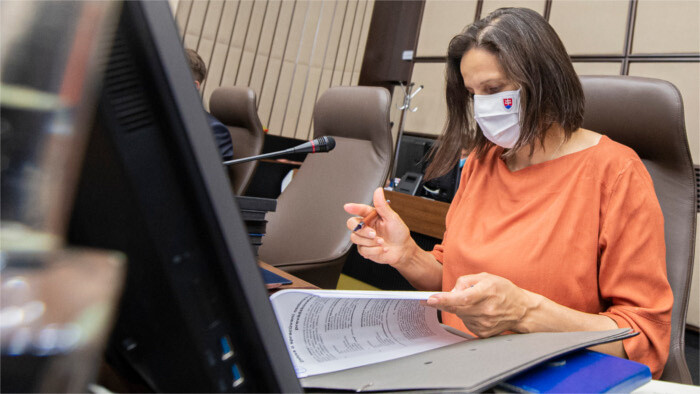 Justice Minister Maria Kolikova (For the People) reported on Thursday that she will aim to limit paragraph 363 of the Penal Code, which enables the Prosecutor-General's Office to annul decisions made by prosecutors and the police. The minister stated this in reaction to the fact that the PG's Office on Tuesday dropped the charges against ex-Slovak Intelligence Service (SIS) head Vladimir Pcolinsky, a decision which Kolikova described as "unfortunate". "I saw the case and I came to the conclusion that it would be better if [Pcolinsky] was criminally prosecuted. Obviously, I and the PG's Office have different opinions on this," replied Kolikova when asked whether the leadership of the PG's Office enjoys her confidence. According to Justice Minister, her aim to limit the paragraph also stems from the Government Manifesto. "An amendment would define decisions for which the paragraph wouldn't apply," she explained.

Prosecutor-General Maros Zilinka on Thursday rejected claims that he had arbitrarily annulled the charges against former secret service (SIS) head Vladimir Pcolinsky, and he lambasted politicians for making such allegations against him. Speaking at a press conference, Zilinka emphasised that he would not be intimidated or pushed into decisions by politicians, the media or anyone else.

It is in order to call on relevant authorities to thoroughly explain all contentious issues, the coalition OLaNO party stated on Thursday in reaction to Prosecutor-General Maros Zilinka.
Meanwhile, the coalition We Are Family party announced that it agrees with Zilinka. "If a politician comments on a decision of the PG's Office without knowing the reasons behind the move, it only contributes to upsetting the public," the party's press department told TASR press agency. Freedom and Solidarity (SaS) MP Alojz Baranik remarked that Zilinka's press conference on Thursday did not contribute to increasing the public's trust in the rule of law, but, on the contrary, it deepened doubts in it even further. "[His] attacks on politicians and [the decision of the PG's Office] to allow only selected media to attend the press conference only confirmed this," said Baranik. As for the coalition For the People party, its head Veronika Remisova stated that her comments regarding the matter are not meant to be understood as personal remarks concerning Zilinka, but as comments on the necessity of carrying out systematic changes to the prosecution service, which the coalition has agreed on.

The extra-parliamentary Voice-SD party has stated in response to Prosecutor-General Maros Zilinka's press conference on Thursday that he has correctly understood his mission as prosecutor-general, which is to oversee compliance with the law and "not to follow instructions from the government and its lackeys". Meanwhile, the extra-parliamentary Most-Hid party lambasted the PG for the fact that his office allowed only selected media to attend the press conference. "A press conference by the PG isn't a corporate party," the party remarked.