Babis, Heger and Kurz: Afghans must receive aid in their country 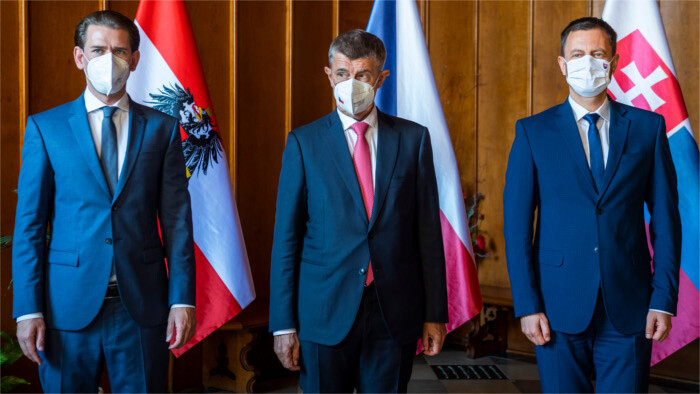 The situation in Afghanistan must be addressed directly in its region, so as to prevent the repeat of the 2015 mass migration, Austrian, Czech and Slovak leaders concurred after their trilateral Austerlitz format talks held at the Czech State Castle Lednice on Tuesday.
Czech Prime Minister Andrej Babis declared that help must be delivered to Afghans "at their home" and that there's not enough room for them in Europe anymore.
This sentiment was echoed by Austrian Chancellor Sebastian Kurz, who added that Europe has a duty to help Afghanistan, which is why Austria will send additional €18 million to support Afghans living in neighbouring countries.

If plans to help Afghans in Afghanistan fail, it might become necessary to open negotiations with Turkish President Recep Tayyip Erdogan again, thinks Babis, who doesn't consider such a scenario a good alternative. Therefore, it's better to ensure that the people stay in Afghanistan.
Slovak PM Heger confirmed that the stance on migration and Afghanistan was jointly shared by all three countries. "We want to help Afghanistan and the countries in the region. We don't want the 2015 situation to occur again, so that's where all our efforts will be oriented," he said.
The problem of migration is recurring, in Babis' view. He pointed to Belarus, which he believes is using migration as an instrument of hybrid war. "Denmark is offering wire for fence to Baltic countries, even as we speak," he claimed.
All three sides concurred that the purpose-built migration fuelled by Belarus must be stopped and that the Baltic countries will receive aid.