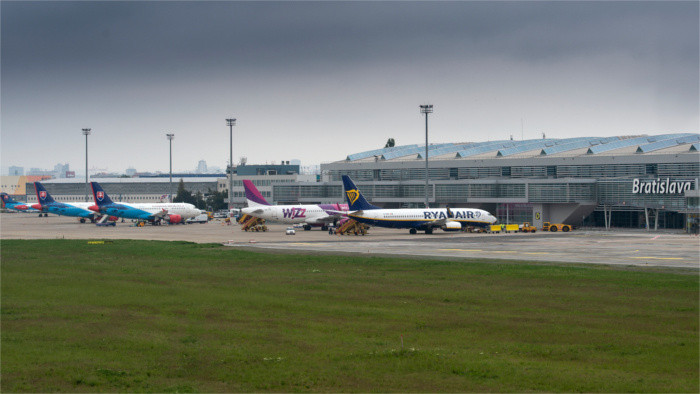 M. R. Štefánik Airport in Bratislava has stated on its Facebook page that it doesnt expect international inbound flights to resume as of May 1st, adding that the ban on passenger flights will be prolonged by at least two weeks. The Central crisis management team ordered the ban on civil flights to Slovak airports as of March 13th. "It's up to the central crisis management team to decide how long the ban will last," noted the airport. At the same time, the airport stated that even though air carriers such as Wizz Air, Ryanair, flydubai and Pobeda have started selling tickets for travel throughout May and in early June, these flights will likely not take place if the ban on civil aviation is repeatedly prolonged.