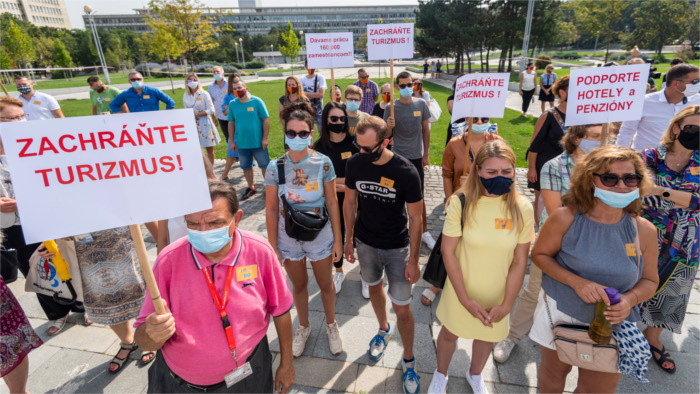 "We have been experiencing a significant drop in sales since March, and in May we can talk about an almost 100 percent drop," said Marek Harbuľák, general manager of the Association of Hotels and Restaurants of Slovakia, on Wednesday during a meeting of entrepreneurs in the hotel and tourism industry followed by a protest in front of the Government. They issued a list of demands that include: extending the effectiveness of the so-called first aid package by the end of the calendar year and adjusting the conditions for drawing it; reducing the tax burden on businesses by reducing the rate of value added tax on tourism services; starting the demand for tourism services through recreational vouchers, which would be reimbursed to companies by the state, and the creation of new compensation schemes for tourism entrepreneurs to reduce damages due to business closures or restrictions.