Lack of health professionals for testing 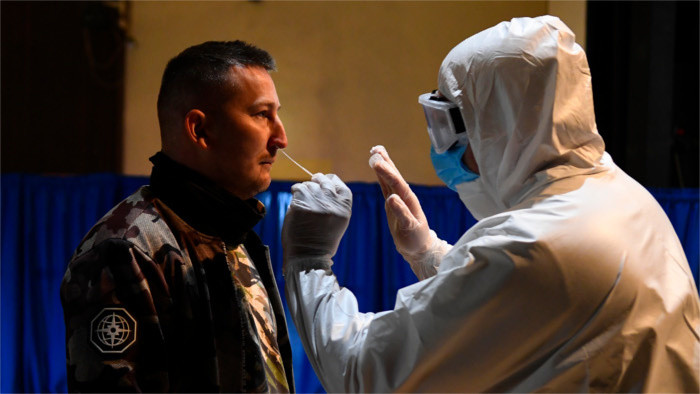 On Friday, President Zuzana Caputova called on Prime Minister Igor Matovic to carry out the mass-testing only in areas where it is well prepared. At the same time, she asked for a re-evaluation of the conditions for banning people from free movement. After her meeting with the Chief of Staff of the Slovak Armed Forces Daniel Zmeko and the commander of the Common responsibility operation Ivan Pacho, she also stated that the goal of the mass event cannot be met. "About 60% of the testing teams for both days are ready out of the total number of teams needed… The reason behind this is the lack of medical personnel," stated the President.

On Thursday, Matovic announced that health professionals who spend both days of the national testing for the novel coronavirus at testing sites this coming weekend will be given extraordinary payments of €500. Also on Thursday, Defence Minister Jaroslav Nad (OLaNO) did not rule out the possibility that medical personnel would have to be mobilised to help with mass testing in the country, stating that no political decision has been made on this yet. The exact numbers of medical workers provided by private hospitals and medical volunteers were to be known Thursday afternoon. The minister called on medical workers who can swab samples and evaluate results to enrol. Even though a total of 1,100 people, mainly medical workers, registered on Wednesday afternoon or Thursday morning, Nad claimed that more qualified personnel are needed for swabbing. According to the minister, the operation needs 2,000-3,000 such workers for both Saturday and Sunday.

A total of 50 Austrian military medics will help Slovakia with mass testing of the Slovak population and carry out tasks stemming from the state of emergency, according to a motion greenlighted by the Government at its session on Friday. The military medics will be stationed at testing sites over the upcoming two weekends. "They will be despatched to teams in Petrzalka (borough of Bratislava)," Prime Minister Igor Matovic (OLaNO) announced on a social network.