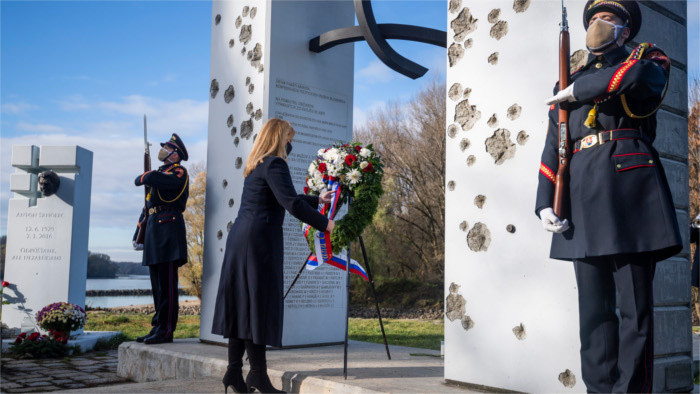 President Zuzana Čaputová commemorated the victims of the Communist regime in Slovakia by laying a wreath at the Freedom Gate memorial in the Bratislava borough of Devin on Tuesday, which marked the 31st anniversary of the Velvet Revolution. The memorial is located close to the Austrian border so as to honour those who were killed by the Communist security forces while attempting to flee what was then Czechoslovakia. "It's become a tradition in modern Slovakia that all important changes here have been made peacefully and without violence. It's needful to recall this today also: if we want to achieve a change in public affairs and express our opinion, it must be done in a cultivated, decent and especially non-violent way," said Čaputová, in reference to protests against the Government's coronavirus policies taking place on the same day.