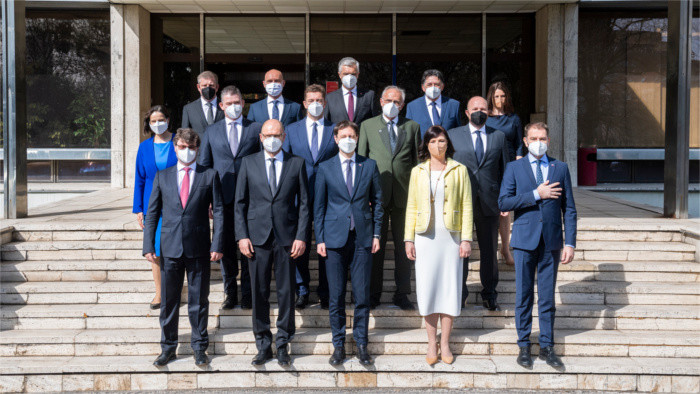 One year and ten days, that is how long Igor Matovič of OĽaNO served as Slovak Prime Minister, following the victory of his party in the 2020 general elections. Nonetheless, after a series of personal disputes and especially after the clandestine purchase of the Russian Sputnik V vaccines a month ago, the government entered a long crisis, full of several public ultimatums and ministerial resignations. This state of uncertainty has been resolved by Igor Matovič giving up his post.

On Thursday morning president Zuzana Čaputová appointed the members of the new Government headed by Eduard Heger (OĽaNO). Heger served as finance minister in Matovič's government and his place was now to be given to Matovič. Another change took place in the post of health minister, with Vladimír Lengvarský (an OĽaNO nominee) becoming the successor of Marek Krajči. In the past, General Lengvarský was the chief physician of the Slovak Armed Forces, commander of the Military Health Service and most recently ran the Central Military Hospital in Ružomberok. The post of labour, social affairs and the family minister is still vacant. Rest of the ministers returned to their old posts.

"The Government shouldn't take the submission of the Government Manifesto as a mere formality", said President Zuzana Čaputová after appointing the new Government. According to the head of state, the new Government Manifesto gives the Government room to accommodate the document to the actual situation in the country after a year of the coronavirus pandemic. Meanwhile, the image of discord from the past should be gradually replaced by a new one of cooperation, respect and calm, stated the president, adding that the public expects this from new Prime Minister Eduard Heger in particular.