Pope Francis: Slovakia predestined to be messenger of peace 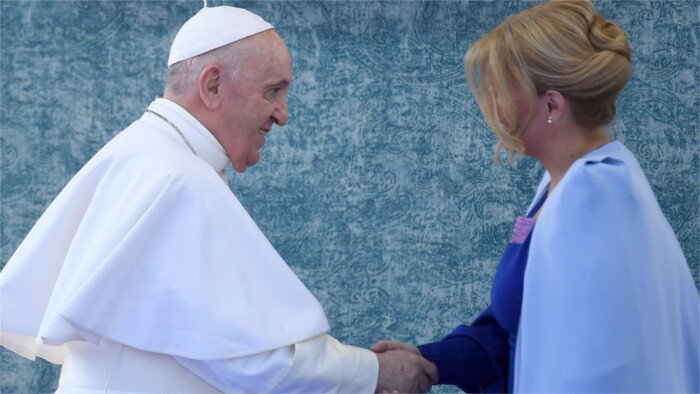 The history of Slovakia predestines it to be a messenger of peace in the heart of Europe, said Pope Francis during his meeting with Slovak President Zuzana Čaputová in the Presidential Palace on Monday. "While the struggle for supremacy continues on various fronts, let this country continue to reaffirm its message of integration and peace. Let Europe be characterised by solidarity exceeding its borders that can bring it back to the centre of history," stated the Holy Father. As he added, "despite many tests, Slovakia as a country in the heart of Europe has managed to integrate and differentiate itself in a peaceful manner."

Pope Francis arrived in Slovakia on Sunday and is paying a visit to Slovakia until September 15.