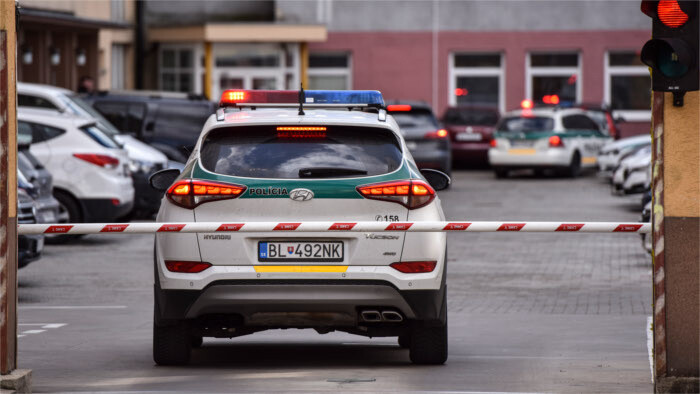 On Monday morning the Internal Affairs Inspectorate apprehended several investigators of the National Criminal Agency who are working on the Purgatory case. Interior Minister Roman Mikulec (OĽaNO) perceives this as part of a continued attempt to intimidate the investigators working on the politically-sensitive case. In 2020, the Criminal Agency launched the operation nicknamed Purgatory and arrested several top police ex-functionaries. The organised group, centred around Nitra-based entrepreneur Norbert Bodor, who was supposedly in control of the police under the previous government of Robert Fico, consisted of 18 individuals. According to the interior minister, his conviction is growing with each passing day that these are dirty behind-the-scenes games.

The Internal Affairs Inspectorate is investigating the alleged manipulation of witness testimonies. Back in May, police investigators in the Purgatory case voiced their concerns over attacks being waged against them, which they viewed as an attempt to intimidate and discredit them with an eye towards thwarting a proper and unbiased investigation into serious criminal activities. They underlined that their actions have been conducted strictly in compliance with the law.

Justice Minister Mária Kolíková likewise voiced her concerns over the arrests of the four investigators dealing with the high-profile Purgatory case. The minister claimed that she has had to exercise restraint in her comments, as she had no way of knowing whether potential custody-related motions might not involve her ministry at the end of the day. Kolíkova noted that it seems in the current situation that the proceedings of the Special Prosecutor's Office are being challenged by a different branch of the prosecutor's office.

The information that has been released thus far regarding the actions of the Internal Affairs Inspectorate specialised team has raised several doubts about the legality and justifiability of its approach and methods, TASR was told by Special Prosecutor Daniel Lipšic on Monday. According to Lipšic, these concerns are reinforced by the fact that the Inspectorates interim director Scholtz was also apprehended, again on the instruction of a prosecutor from the Bratislava Prosecutor's Office.

According to opposition Smer-SD chair Robert Fico, the crackdown against four National Criminal Agency investigators has set into motion a "gradual dismantling of the system based on manipulation of witness testimonies, based on which innocent people are held in custody and can't defend themselves". According to Fico, Parliament should react to the situation in law enforcement, establish clear relations between individual bodies, and stop the abuse of power by public officials of some of these bodies.