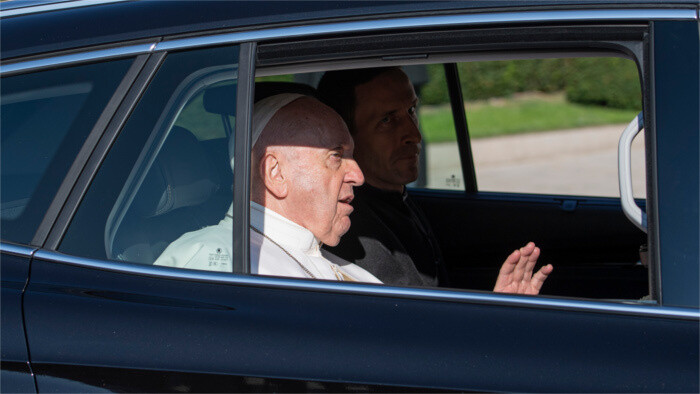 Prime Minister Eduard Heger (OĽaNO) perceives Pope Francis as a "man of great humanness", whereas House Chair Boris Kollár (We Are Family) lauded the Holy Father's progressive thinking. Both state officials, along with their family relatives, met with Pope Francis during his visit to Bratislava on Monday. According to Heger, the Holy Father is a man who takes an interest in every person without distinction. "The Pope noted that he saw many young people in Slovakia, even in politics, which he viewed in a very positive light," added the Slovak PM. House Chair Boris Kollár views Pope Francis as a progressive pontiff. "I thanked him for that. It's wonderful that he moves the Church forward, modernises it and infuses it with progressive ideas," claimed Kollár, adding that the Holy Father has demonstrated his progressive ideas also in the sphere of environmental protection.