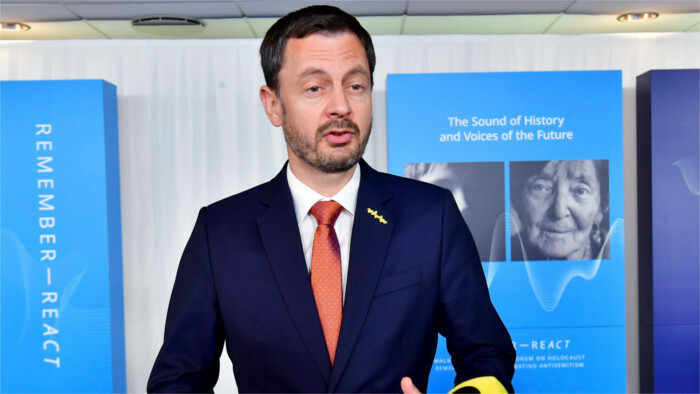 Premier Eduard Heger (OLaNO) will take part in the International Forum on Holocaust Remembrance and the Fight Against Anti-Semitism taking place in the Swedish city of Malmo on Wednesday (October 13), the Government Office's press department announced. The main goal of the forum is to take particular steps in the fight against anti-Semitism, and to preserve the remembrance of the Holocaust.

The Government should complete the Holocaust Museum complex in Sered (Trnava region) and build a monument dedicated to the victims of the Holocaust there. This is a voluntary commitment on the part of the Slovak Republic, and will be presented by the prime minister at the forum.

Meanwhile, it was announced on Tuesday that the Slovak National Exposition at the Auschwitz-Birkenau State Museum in Oświęcim will be moved under the administration of the Holocaust Museum in Sered. “It is a step that will provide visitors with an even better presentation of this part of our history and create greater international cooperation," stated Culture Minister Natália Milanová.