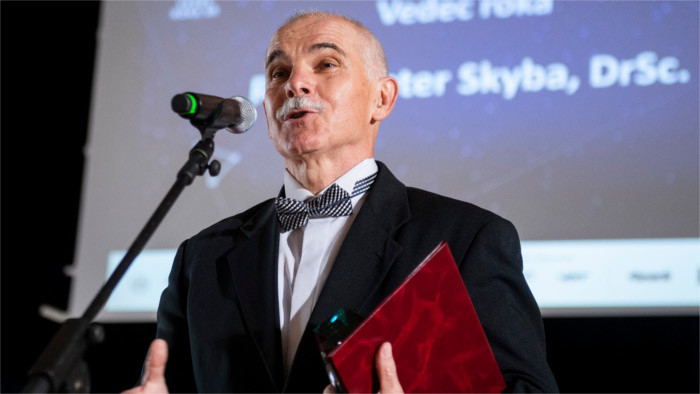 On Tuesday, Education Minister Branislav Grohling announced the name of the scientist of the year for 2019. Peter Skyba, a member of the Institute of Experimental Physics of the Slovak Academy of Sciences, was named the winner. While four out of the five runners up study materials, the Scientist of the past year was awarded for research and development in the field of low temperature physics. Peter Skyba explains: "Our research is at the limits of our knowledge. We slightly reveal what are the properties of ultra-frozen nature. In fact, we are searching for the essence of nature."

Jan Hives of the Slovak University of Technology was named innovation expert of the year for his 15 year-long research and the development of preparation for iron technologies. Along with his team, he has been involved in solving the ecological problem of water pollution. Dusan Galusek of Alexander Dubcek University in Trencin is an expert in the field of ceramics and glass. Having set up the centre for functional and surface functionalized glass, he was named the Personality of International Cooperation for the year 2019. His team augments the characteristics of glass materials. Dusan Galusek: "They can then be used for different purposes such as surgical implants or photovoltaic elements. We also recycle glass materials which cannot otherwise be recycled."

The FunGlass centre involves the work of 12 international experts who co-operate with top European scientific centres. The technologist of the year award was handed to Emil Spisak of the Technical University in Kosice, while the top young scientist award went to Cyril Rajnak of Cyril and Metod University in Trnava.