Who is a front-line fighter against COVID-19? 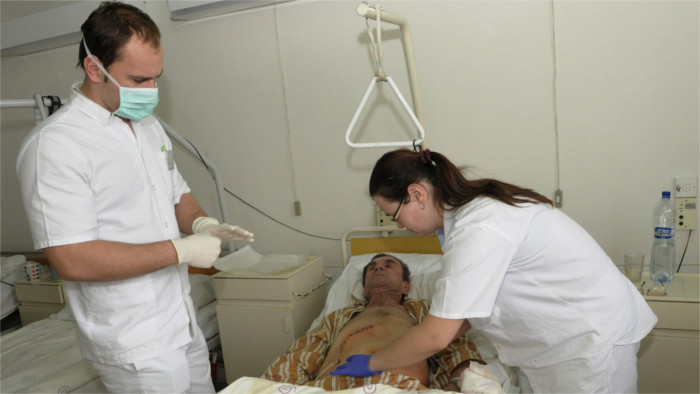 UPDATE: On Tuesday afternoon PM wrote on his social media page that doctors would receive bonuses too.

Bonuses earmarked for front-line fighters against COVID-19 shouldn't concern doctors, Prime Minister Igor Matovič (OLaNO) stated on Monday, explaining that when it comes to medical staff, they should be intended only for nurses. Matovič announced on Friday that the Government will pay €50 million in bonuses to those who were on the front lines in the fight against coronavirus during the outbreak in the spring, including nurses, soldiers, police officers, fire-fighters and care home workers. On Tuesday the Association of Hospitals expressed its protest against PM's statements that first-line doctors working in emergency care, emergency rooms or intensive care beds should not receive bonuses together with other workers in high-risk environments, and points out that discriminatory treatment of doctors in connection with the coming second wave of the Covid-19 pandemic could weaken the healthcare system. The Slovak Chamber of Doctors has also criticized the PM for wanting to leave doctors out and asked him to apologize. The Chamber of Pharmacists has asked for pharmacies' employees to be placed on the list of front-line fighters too.

Meanwhile cleaners, window washers, maids, garbage men and rat exterminators from the civil association Hygienist have called on Prime Minister Igor Matovič (OLaNO) via an open letter to treat them as workers in the so-called front lines of the fight against the novel coronavirus. The workers noted that they too expose themselves to the risk of catching the virus when carrying out their jobs and are the first to enter contaminated areas, but don't receive any aid from the state. "These places often include hospital areas, schools and care homes that were previously visited by people suffering from COVID-19," they wrote in the letter.