Facebook Tweet Instagram
On 12 April we observed the 60th anniversary of the first man in space. This man was Yuri Gagarin, a Soviet hero, in fact much beloved also in Czechoslovakia. Actually, Yuri Gagarin's first foreign trip led shortly after his historic flight to Central Europe. Only two weeks after he flew into space, Gagarin flew to Prague. Even today, the name Gagarin can be seen or heard across Slovakia. Bratislava, Košice, Žilina, and also Trenčín, Senec, Dubnica, Hlohovec or Michalovce have a street or square named after Gagarin. But has this fascination with the Soviet astronaut also translated into Slovaks, or back then Czechoslovaks trying to conquer space? Listen to this feature to find out more. 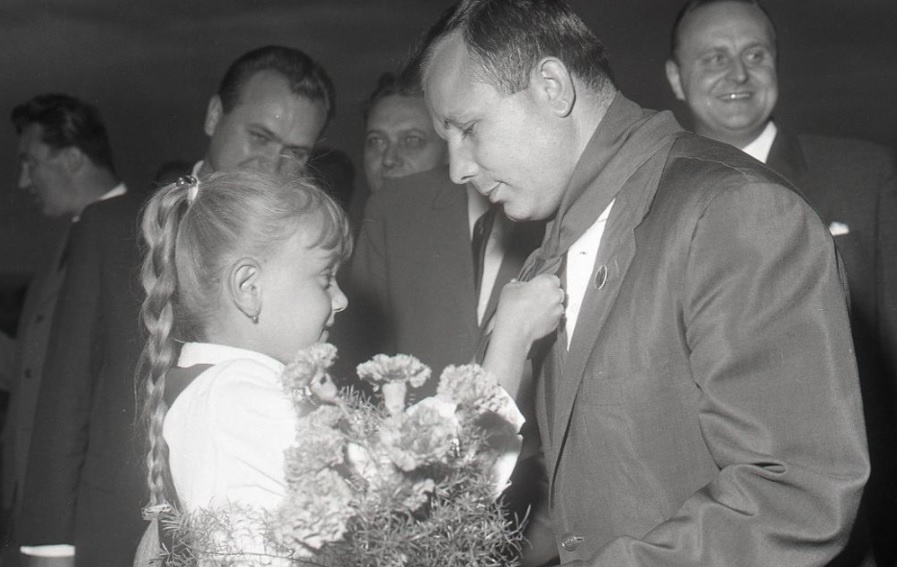 During his 1966 visit to Košice, Yuri Gagarin was greeted also by his youngest fans.

One can see the name "Gagarin" in many Slovak towns, even today.