Challenges ahead of Health Minister after his first 100 days 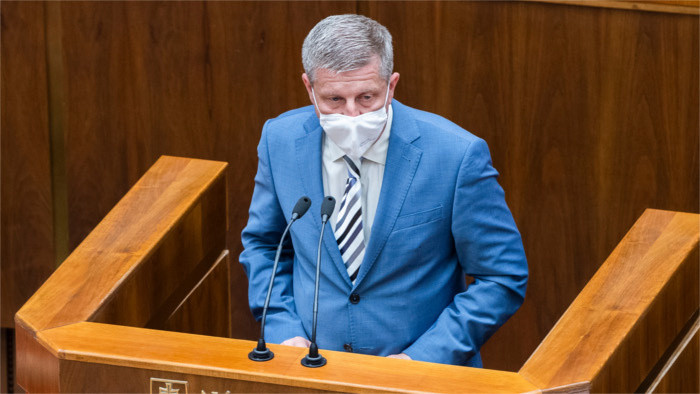 The biggest challenge for Health Minister Vladimír Lengvarský (an Ordinary People party nominee) in the near future will be how to deal with the Health Ministry budget for next year, according to Slovak Medical Chamber (SLK) president Marian Kollár, when evaluating Lengvarsky's first 100 days at the helm of the ministry. Kollár praised Lengvarský's efforts to make things clearer, as well as his more comprehensible communication style.

Health Ministry's spokesperson Zuzana Eliášová said that apart from vaccination against COVID-19, which is one of the top priorities, the minister is also busy with the reform of hospitals, with an eye towards ensuring a high-quality, prompt and accessible health care.

According to a Focus survey from the end of May, Lengvarský is currently the most trusted member of the government, with 37% of people trusting him. So far, he has faced large portion of criticism from Igor Matovič, Finance Minister and head of Ordinary People party, which nominated him. Matovič voiced his first disagreements with Lengvarský when the Health Minister said he would not choose to be vaccinated with the Sputnik V vaccine. Later, Matovič criticized him for the idea of no longer providing antigen tests to the public for free. Most recently, the Finance Minister denounced the vaccination campaign and refused to earmark finances for it.

Nevertheless, Lengvarský does not react to Matovič. "We have a common goal - to achieve the highest possible vaccination rate. And everyone approaches it in his own way, " said Lengvarský last week.

The head of the Slovak Medical Chamber (SLK) admitted that he is curious as to how Lengvarský will face the most important challenges that will await him in the near future. "These certainly include stabilising health-care worker turnover, strengthening the outpatient network, reforming the insurance system and the construction of the university hospital in Bratislava and other building projects. These are all changes and challenges that require funding, which will depend on the state budget allocations for the health-care sector for 2022, and this is the biggest challenge," he said, noting that the minister must show strength and determination on these very issues.

Kollár also welcomes the fact that the Health Ministry has returned to dialogue, although not to the extent that the SLK envisioned. Kollár perceives certain shortcomings in involving professional companies in the work on fundamental changes and improvements in the Slovak health-care system. The chamber also takes a negative view of the minister's statements on vaccination with certain types of vaccines.