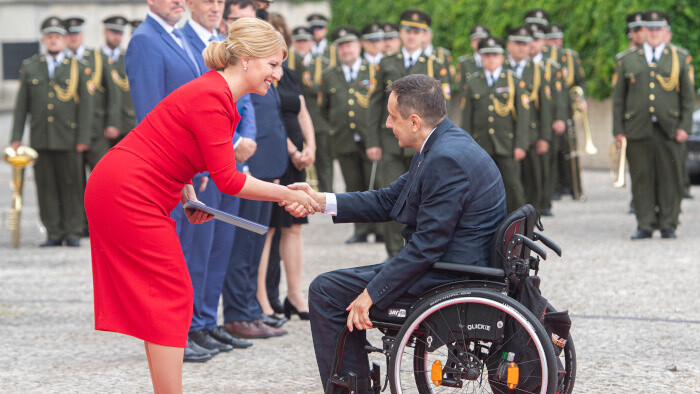 Gymnast Barbora Mokošová and Paralympic athlete Radoslav Malenovský made a solemn vow in the presence of President Zuzana Čaputová on behalf of the entire Slovak Olympic and Paralympic team on Wednesday, in the courtyard of the Presidential Palace in Bratislava. The 32nd Olympic Games will take place from July 23 to August 8 in Tokyo and the Paralympics are scheduled from August 24 to September 5.