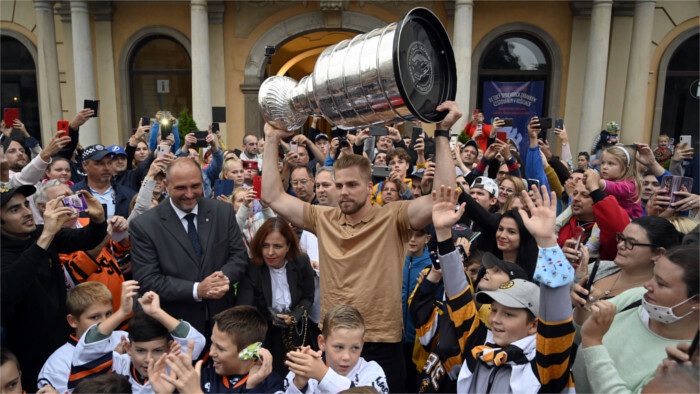 With a few hours' delay, the Slovak hockey player Erik Černák brought the Stanley Cup to Košice. The program of the most famous hockey trophy in the metropolis of the East has changed several times. "Winning it was probably easier than bringing it to Košice," Černák remarked with a smile. Erik Černák also won the trophy in 2019/2020, but due to pandemic measures he could not bring it to his hometown. However, within the Tampa Bay squad, Černák became the first Slovak player to defend the trophy and on the second try, he succeeded to bring it home, albeit with complications. "Every player dreams of bringing the Stanley Cup to their city. I managed to win for the second time and I'm happy that this time I could bring it to Košice, show my loved ones, friends and everyone who helped me," remarked the 24-year-old ice hockey defender.