Marián Hossa inducted into the Hockey Hall of Fame 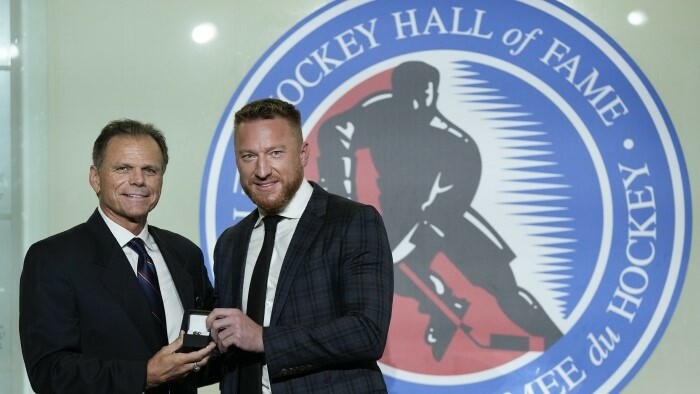 On Monday, 15 November, the Slovak player Marián Hossa was inducted into the Hockey Hall of Fame at the ceremony in Toronto. The 42-year-old former NHL forward went into the Hall of Fame with Class of 2020 inductees Jerome Iginla, Kevin Lowe, Doug Wilson, Ken Holland and Kim St-Pierre. Hossa last played a competitive game for the Chicago Blackhawks in 2017. He had to leave the NHL because of a progressive skin disorder that would accelerate when he wore his gear. At a press conference held as part of the induction weekend in Toronto, Hossa said it was flattering to be elected to the Hall of Fame in his first year of eligibility and is humbled to be entering a place where so many of his idols are already enshrined.

Marián Hossa scored 1,134 points (525 goals, 609 assists) in 1,309 games for the Ottawa Senators, Atlanta Thrashers, Pittsburgh Penguins, Detroit Red Wings and Blackhawks. He won the Stanley Cup with Chicago in 2010, 2013 and 2015 and reached the Stanley Cup Final with the Penguins in 2008 and Red Wings in 2009. He is the only player to appear in the Cup Final in three straight seasons with three different teams. He represented Slovakia at seven IIHF World Ice Hockey Championships and four Olympics.