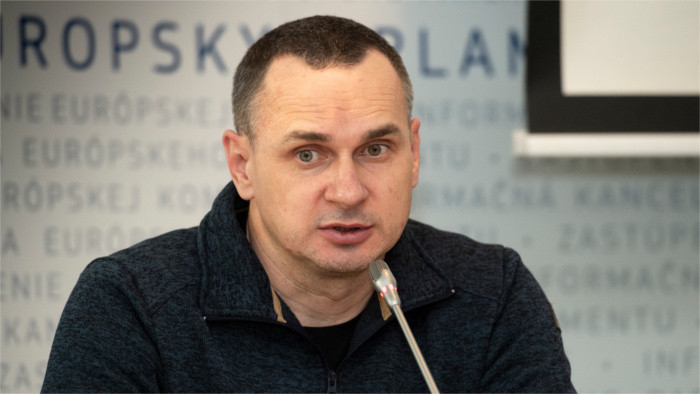 While only few months ago he was in a Russian prison, these days he travels across Europe talking about the regime of the Russian president Vladimir Putin. Currently, Ukrainian film director Oleg Sentsov is in Bratislava to give presentations at various public forums, including the OSCE conference.

In May 2014, Oleg Sentsov joined the protests in Crimea against the Russian annexation. Shortly afterwards, he was arrested and accused of arson attacks against the headquarters of the "Russian Unity" and "Party of Regions" offices in Crimea. Despite refuting all the allegations, Sentsov was sentenced to 20 years in prison. He became one of the best known Ukrainians sentenced by Russians to a long jail term. Behind the bars he held a hunger strike for 145 days. Several human rights organizations and world political leaders pleaded with the Russian president to release Sentsov. One of the moves that helped to change Vladimir Putin's mind was that in 2018 Sentsov became the European Parliament's Sakharov Prize for Freedom of Thought laureate. He was nominated for the prize by then Slovak MEP Eduard Kukan.

"I nominated him because he met all the criteria. The way he acted, what he fought against, how he committed himself to his friends and acted heroically," explained Eduard Kukan.

"I do not think that Europe doesn't do enough for Ukraine. But our problems are first and foremost our problems, we need to learn how to solve them ourselves. We are not children, we are an autonomous country and we have to show it. You can get help only when others see that you are trying yourself," stated Oleg Sentsov during his talk at the European Parliament Office in Slovakia.