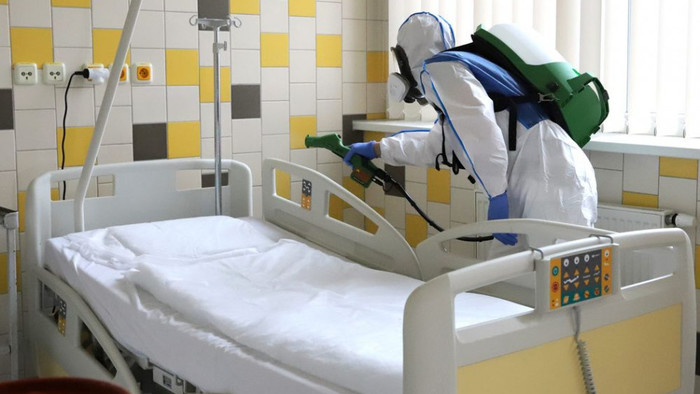 The new cases are mainly contacts of people already known to be infected following some local outbreak.  In Bratislava there are cases of pupils and staff of a few schools and kindergartens who tested positive.

Other cases are linked to local outbreaks in retirement homes and social care facilites and schools.

You can find more on the interactive map of confirmed cases. A total of 14,642 tests were done on Tuesday.

So far 11,799 patients have recovered (+791 in comparison to the previous day) and 84 people died. Out of the total number of victims 16 were clients of a retirement home in Pezinok where community spread happened and three were from a retiremenet home in Martin.

If you have symptoms and would like to be tested you should fill in an online appointment form. Do not go to testing centres without an appointment.

According to the Public Health Office, if you were tested for coronavirus you will receive the result of the test by SMS or by email. The result of the test is automatically registered with the public health office too so you do not have to inform them. In case the result is positive an epidemiologist WILL CALL YOU (via the contact numbers you provided when you were tested) and require from you a list of people you came into contact with and their phone numbers or how else they can be contacted. They include: spouses, children, partners and other people living in the same households, colleagues at work, any other people with whom you might have attended some gatherings such as parties, seminars and so on. Epidemiologists will then contact those people and get them tested too.

The Slovak Public Health Office (UVZ) has issued guidelines for those who must stay isolated at home due to coronavirus infection.

A ban on gatherings of more than six people comes into force in Slovakia as of Tuesday (October 13) until further notice. The only exception will be for people living within a single household. Under the current state of emergency (declared in response to a second wave of the coronavirus outbreak), the Government can, to the necessary extent and for the necessary time, restrict or ban exercising the right to peaceful gatherings or make public gatherings conditional on permission.

As of Thursday (October 15) until further notice, there is an obligation to wear facemasks outdoors, with a few exceptions: in natural surroundings outside localities if they keep a 5m distance between people who are not living in the same households, while doing sports outdoor, for kids under the age of 3, for autists, for deaf people, for those who perfom some artistic activities such as shooting a documentary or shooting photos, the bride and groom. A stricter ban on mass events will come into force as well. An exception will be given to wedding services (not parties), christenings and funerals. Top competitions in football, ice-hockey, volleyball, basketball and handball will be exempt from this obligation, but they will have to take place without any spectators and following a precise testing of all participants.

Restaurants will only be able to serve packaged food, and consumers will only be able to eat the food outdoors. Fitness and wellness centres, aquaparks, swimming pools and saunas will be closed. Shops and shopping centres will limit the number of people on their premises (one person per 15 square metres). Special shopping hours for seniors above the age of 65 in grocery stores and drugstores will be reintroduced. These hours will be between 9am and 11am.

The regime at the borders will not change.

Travellers to Slovakia must respect a set of rules depending on the countries they have visited two weeks prior to their arrival in Slovakia. Those who do not do it risk a fine of up to €5,000.

As of September 1st, employers and employees must respect a new set of rules regarding travelling.