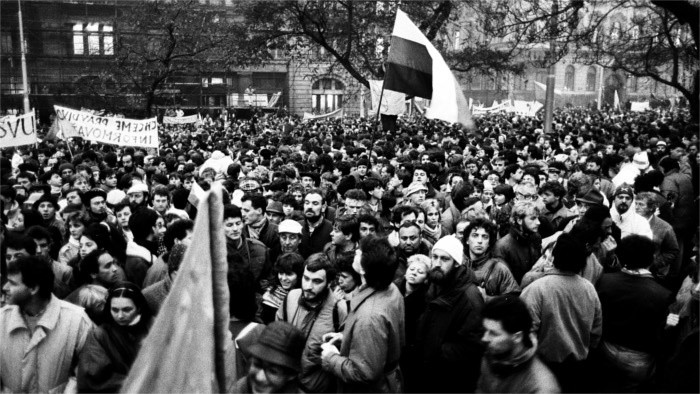 A total of 56 percent of Slovaks regard the Velvet Revolution that led to the fall of the communist regime in then Czechoslovakia in November 1989 as a positive historical event, according to a survey carried out by the Sociological institutes of the Slovak and Czech Academies of Sciences and the Institute for Public Affairs, a think-tank based in Bratislava. By comparison, 66 percent of Czechs regard the Velvet Revolution positively. When asked if the change of regime that happened in 1989 was worth it, 59 percent of Slovaks agree while as many as 73 percent of Czechs have a similar opinion. Among the changes that the fall of the regime brought to their life, Slovaks mostly appreciate the possibility to study and travel abroad followed by free access to information and the opportunity to become actively involved in public affairs. On the negative side, Slovaks place the state of the healthcare sector, weaker social protection and increased criminality. Overall, younger people evaluate the past 30 years positively while the older generations are more critical. Anca Dragu discussed the findings of the survey released last week with sociologist Zora Butorová from the Institute for Public Affairs.