Three scenarios for the current crisis

Slovak economy may face a temporary sharp fall of between 4.5% and 9.4% this year due to the current coronavirus pandemic with the recession likely to deprive 75,000-130,000 people of work temporarily, according to potential scenarios for economic development released by the Slovak Central Bank (NBS) on Tuesday.

All three of them count on a two month long suspension of activity with the biggest impact on the services sectors. The first scenario is based on OECD's model with short term spread of the coronavirus, the second one on some interruption of global trade lasting a month, the third one is the worst case scenario with emergency situations in many countries lasting until summer. The Slovak Central Bank adds that they have not taken into account various Governments' measures to support local economies. 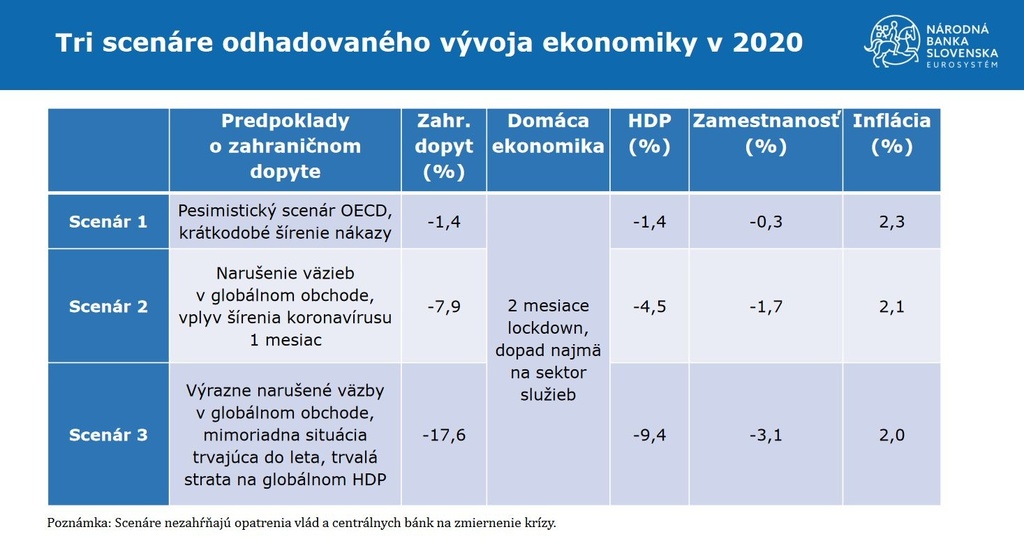