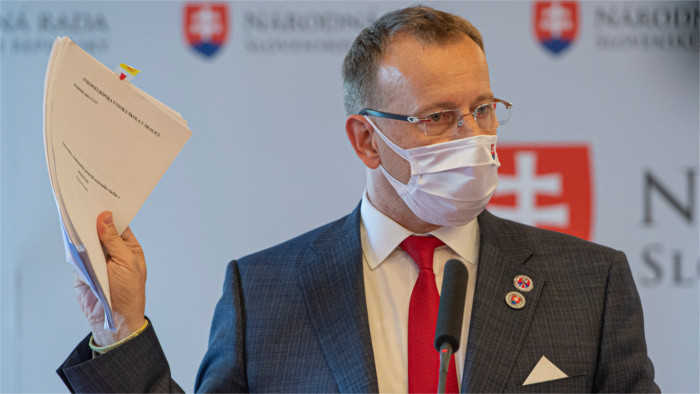 The former chairman of the extra-parliamentary Together party, Miroslav Beblavy, has claimed that the bachelor's thesis of MP Petra Kristufkova of the We Are Family movement was plagiarised. He pointed out that she had copied articles from other authors, which even contained some errors. Kristufkova reacted on the same day by stating that the requirements for a bachelor's thesis in Slovakia are lower as compared for example to a Master's or rigorous theses, and so it's acceptable in that case to use the method of compilation.

Dennik N daily has reported on the problematic master's thesis of her boss and Parliament Speaker, Boris Kollar. His thesis on climate change and its impact on tourism in Kysuce was written at the University of Central Europe in Skalica in 2015. Kristufkova and Kollar had the same supervisor, Jozef Mindas. Kollar now claims that his thesis passed the test of originality. "Some people have said that my work was 50 % non-original. I've checked the originality and it is only 24.4%. This is an official state system. Internal guidelines say that up to 30% is common practice, and it is accepted," he said, adding that he cited sources and was writing the thesis for several months. When asked why he didn't cite the passages he took from his own supervisor, Kollar replied that in this he might have committed an error. "I copied some passages from the internet, I made it easier for myself: it's not nice, I apologized, but I wasn't slapdash. The supervisor did not reproach me - I was allowed to take the exam, and I defended it," Kollar concluded.

Ahead of the Cabinet meeting on Wednesday, Agriculture Minister Jan Micovsky stated that if the published accusations prove correct, the Parliamentary Speaker should leave his post. Micovsky was awarded the White crow award for whistle-blowers pointing to suspicions regarding thievery at the state enterprise Forests of the Slovak Republic, at a time when its head was Jozef Mindas, who supervised the theses both of Kollar and Kristufkova.

Representatives of seven universities along with the chairman of the Slovak Academy of Sciences have rejected any and all methods of piracy and condemned the statements of the Parliamentary Speaker, who they say is trying to minimize the problem of plagiarism.

The University Student Council has called on the Government to draw up an amendment that will enable academic titles to be withdrawn from people who have obtained them in a fraudulent manner, in line with what the Cabinet has committed itself to in its Manifesto.

Kollar on Tuesday declared that he had written the thesis on his own. Nevertheless, he stated that he doesn't see any reason to step down as House chair due to this issue.