For the People Party: New chair elected, former President out 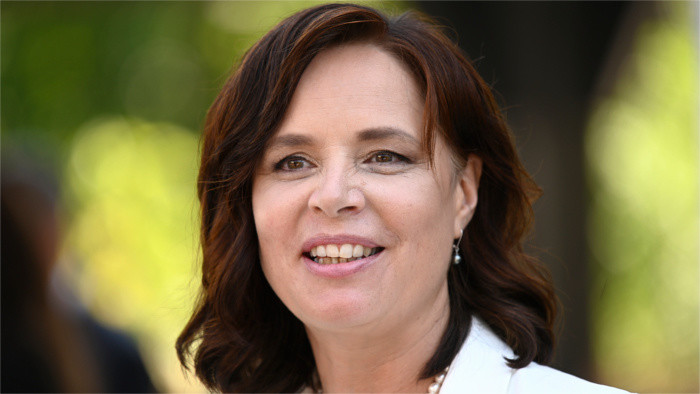 Deputy Prime Minister and Investments, Regional Development and Informatisation Minister Veronika Remišová has become the new chair of the smallest governing For the People party. She was elected at the party congress with votes from 76 delegates. Her rival candidate, MP Miroslav Kollár only garnered votes from 33 delegates.

Delegates also decided that, the party would have seven deputy-chairs. The current ones - Juraj Šeliga, Jana Žitňanská, Vladimír Ledecký and Michal Luciak - will be completed by three new names: Justice Minister Mária Kolíková and MPs Viera Leščáková and Miriam Šuteková.

Remišová thus replaced former President Andrej Kiska, who founded the party in autumn 2019. Moreover, at the party's congress, Kiska announced that he was retiring from politics, citing chiefly health reasons.

Kiska entered Slovak politics in 2014, when he won the Presidential Election as an underdog, defeating big favourite and three time Slovak Prime Minister Robert Fico. Kiska had been the most trusted Slovak Politician for most of his presidential term. After announcing not to run for President again, he founded the For the People party, which however, almost did not make it into the Parliament. After the General Election, Kiska stopped his medial activities.

New chair Remišová wants the party to continue in the vision set by its founder Kiska - to be a modern, European centrist party, a reasonable and decent force in Slovak politics. "I think there is no such a centrist alternative on the Slovak political arena. We are the only alternative of this kind. With the professional potential we have, I believe we will grow and be a strong party," said Remišová.

According to Remišová, the vision of a centrist party is not 'tasteless and odourless' as some media indicated recently. "It is a vision that combines people with rather conservative thinking, as well as those with rather liberal thinking...the vision of a rational centrist party, the party of economic certainties and this is what Slovakia needs. We have been putting a strong emphasis on regions since the very beginning. However, this does not mean that Bratislava or Košice cannot be our strong bastions," stated Remišová.