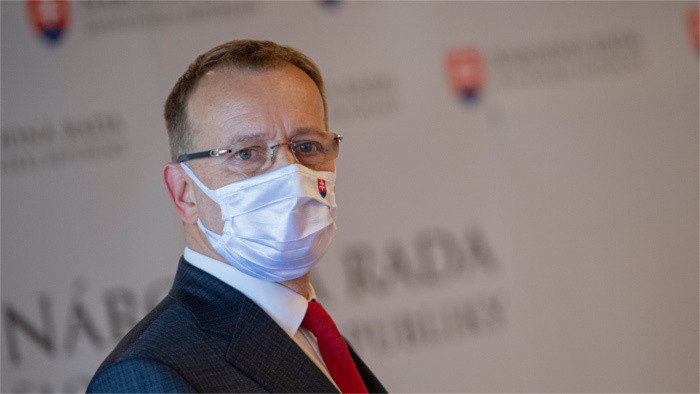 Chairman of the opposition Smer-SD party Robert Fico announced on Monday that he wants to initiate an extraordinary parliamentary session to cast a no-confidence motion on House Chair Boris Kollar (We Are Family). The reason behind the move is an advertising deal made between the state-owned Tipos lottery company and Kollar's Fun Radio.

Since the past weekend Kollar has been taking flak from some opposition parties, which intimated that state-owned Tipos invested €240,000 of ad money in Kollar's Fun Radio once Kollar's We Are Family party became part of the governing coalition. Fico emphasised that it's unacceptable when state-owned Tipos, led by a nominee close to Prime Minister Igor Matovic (OLaNO), puts to ink as one of his first deals an advertising contract worth €240,000 with Fun Radio, owned by the House Chair.

"That's ludicrous. If he [Kollar] wanted to go into politics and become the chair of Parliament, he should have cut himself off from these business activities," said Fico. He added that even if Tipos had bought commercial time on Fun Radio prior to 2020, that was at a time when Kollar didn't served as Parliamentary Chair.

In his response, House Chair Boris Kollar claimed that the Smer-SD and Good Choice parties are trying to smear him in a pseudo-scandal without substance.

"Fun Radio is a relevant radio station in terms of market share and saw Tipos buy commercial time on its programming, as it did also on six other radio stations," stated Kollar, who explained that Tipos didn't pay €240,000 because it received a 40-percent discount in exchange for the commitment to invest €200,000 throughout the year. Hence the sum was brought down to €8,000 a month.

The state-owned Tipos lottery company rejects any efforts by politicians to scandalise its advertising contracts with broadcasters or turn them into a political issue, company spokesperson Rastislav Cepe declared on Monday. Cepe claimed that the terms of the contract, available for scrutiny in the Central Contracts Registry, preclude any misuse of financial resources. As the second most popular radio channel in Slovakia, Fun Radio is a logical choice in the mix of numerous media outlets that co-operate with Tipos.