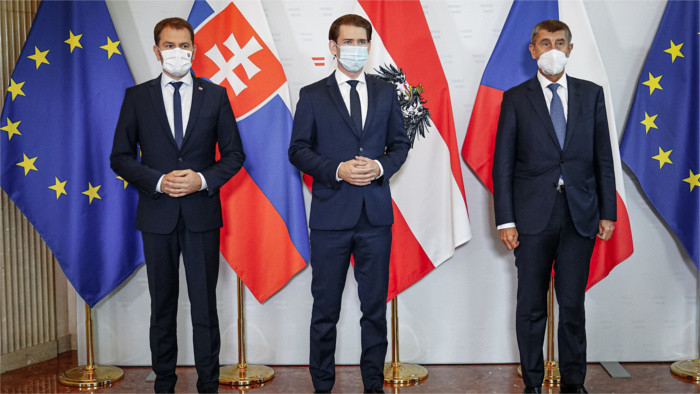 Following the meeting between prime ministers of the so-called Austerlitz format (Slovakia, the Czech Republic and Austria), the Slovak Prime Minister Igor Matovič assured at a press conference that the borders between Slovakia, the Czech Republic and Austria would remain open for the time being. On behalf of all three countries, Matovič appealed to people to be responsible also during the second wave of the COVID-19 outbreak. He stressed that in view of the growing number of infected people, together with Austrian Chancellor Sebastian Kurz and Czech Prime Minister Andrej Babiš they agreed to do everything to "keep the borders between our countries open until the last possible moment".

The main topic of the talks was the COVID-19 pandemic, namely the exchange of information on how the countries managed the first wave and on the procedures during the current second wave. The premiers pointed out the importance of the fact that even smaller countries are able to exchange views and take common positions before key European meetings. In connection with travel between Slovakia, the Czech Republic and Austria, Sebastian Kurz also called for a "co-ordinated and better agreed" approach. "We urgently expect a Europe-wide co-ordinated approach," he said in connection with the unfavourable development of the pandemic in many European countries. The Czech prime minister warned against restrictions on free travel, which he said would have a negative impact on economic relations between countries, as well as on tourism.

On this occasion, Matovič invited the Austrian chancellor to visit Slovakia, as he had not been there for six years, which, in his opinion, is a shame, given the proximity of Vienna and Bratislava. At the same time, he expressed the hope that Kurz would accept his invitation as they formed a friendly and open relationship.