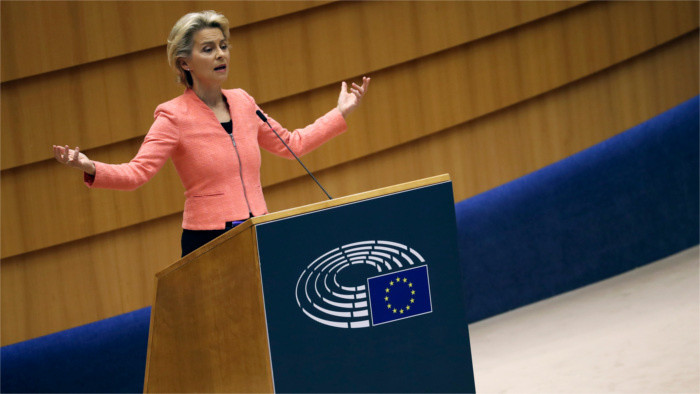 Slovak Foreign Affairs Minister Ivan Korčok (an SaS nominee) agrees with the head of the European Commission Ursula von der Leyen's emphasis on the principle of the rule of law as well as a call for a stronger foreign policy in her state of the union address. " We have to improve our ability to take action on an international level. Our real influence in the world has been notably lagging behind the EU's aim to become a global player," stated Korčok. He added that in order for the EU to overcome different opinions of individual EU-member countries on various sensitive topics, such as migration for instance, it's necessary to maintain unity within the Union. Regarding von der Leyen's call for setting up a European Health Union, Korčok stated Slovakia is ready to hold talks on the matter. The first step, according to him, should be to define what exact additional competencies the EU has in the medical field. He also welcomes von der Leyen's 'ambitious plan' to reduce greenhouse gas emission by 55 percent by 2030. In his view, this goal can be achieved, but only with sufficient financial aid from the Union.

Slovaks MEPs reacted to the European Commission's state of the union address too. "Von der Leyen emphasized the need for the financial strengthening of the European Health Union, which would certainly be helpful for countries such as Slovakia in the event of a major second wave of COVID-19", said MEP Rober Hajšel (Smer-SD, S/D).

MEP Eugen Jurzyca (SaS, ECR) welcomed the statements on the need to fight bureaucracy and for the free movement of goods and services in the EU but disagrees with her statement that the current model of society is "the victory of wealth over health and quality of life". "There is no quality of life without wealth, and vice versa. I also disagree that the EU has sufficient visions and plans and only needs to act. In my opinion, visions and plans often lack quality impact analyzes and best practices," Jurzyca added.

According to MEP Vladimír Bilčík (Spolu-OD, EPP), the President of the European Commission "made it clear that Europe needs a green and modern reconstruction after the pandemic, so it is crucial that Slovakia presents such reform priorities to transform the European recovery plan into a cleaner, healthier and more educated future for our country ".