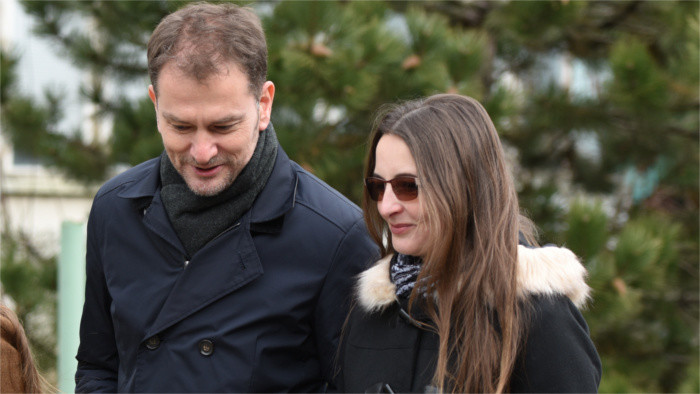 Financial group Arca Capital objected to the information on the alleged disbursement of Pavlina Matovicova's investment and denied allegations of favouring some creditors. Ex-premier and MP Peter Pellegrini (Independent) on Wednesday (September 16) hinted a potential information leak on the financial group's protection against creditors and the payout of a deposit to Premier Igor Matovic's (OLaNO) wife before a court decision. In reaction, Matovic said that he and his wife split their finances in 2006 and that he doesn't know where his wife has invested her money.
"Arca Capital group understands that the issue of the alleged favouring of the premier's wife is politically attractive, however, it strictly rejects the misuse of untrue information on favouring one of its creditors for the purposes of campaigning", the group's PR manager Terezia Barcikova told TASR on Thursday. Through a media statement, Arca Capital assured its clients that it has been treating them equally and seeking their satisfaction to the maximum possible extent, without favouring any of them.

Arca Capital has not revealed whether the premier's wife is the firm's client, or what sum she has invested in order to keep business secrecy and personal data protection. The firm considers scandalous what kind of information the media is publishing and how politicians "abuse the media and public space to disinform the public through unverified information without any evidence". According to the group, politicians presented to the public untrue information that not only slanders its business, but also purposefully lies to clients about its impending bankruptcy or the threat of only a minimal satisfaction of their receivables.

Meanwhile, the company last week announced it wants to resolve its current financial problems by the entry of an investor. However, if it fails to find one, it does not rule out the firm's reorganising or restructuring. In such a case, creditors might get back 50-100 percent of the value of their claims depending on their requirements on the period of settlement.