Cabinet passes budget draft, Deficit of 7.5% of GDP expected in 2021 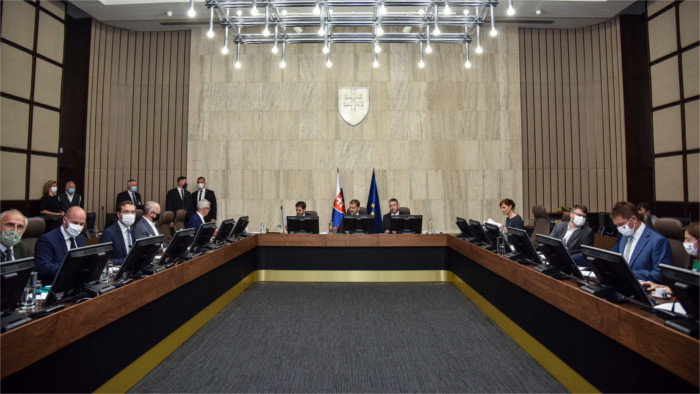 Slovakia's general government deficit is expected to reach 7.44 percent of the country's gross domestic product next year, somewhat down from the 9.68 percent of GDP estimated for 2020, according to a budget draft for 2021-23 approved by the Cabinet on Wednesday. Meanwhile, the country's gross public debt is expected to climb to 65 percent of GDP next year. The budget draft will now go to Parliament, which will probably make several changes to the original version.

The Finance Ministry, which drew up the budget for the public sector, pointed out that partly due to coronavirus, deficits in the general government funding are envisaged for all three years concerned. The deficit should gradually decrease to 6.18 percent of GDP in 2022 and further to 5.72 percent in 2023.

If the general government deficit is to be reduced to zero in 2023, as stipulated by the existing law on the debt brake, consolidation measures worth €6 billion will be needed, noted the Finance Ministry.

The total revenues of the public administration budget should reach €39.6 billion (41.4 percent of GDP) next year. Meanwhile, overall expenditures are forecast to stand at €46.7 billion (48.8 percent of GDP). At the same time, the 2021 budget will have a reserve of €1.04 billion for a possible revenue shortfall as compared to the prognosis.