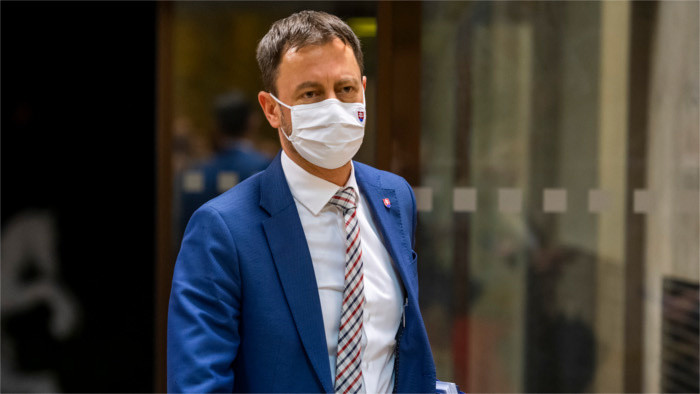 On Wednesday, the Slovak Government greenlighted the 2021-23 Public Administration Budget. In regard to the budget, Finance Minister Eduard Heger praised other ministers for approaching the theme of budgeting responsibly. "The talks were not easy and I trust you will not find anyone fully satisfied with the next year's budget," conceded Heger. Most of the dissatisfaction is rooted in the fact that there will be less money in the future.

On the income side, the tobacco tax will see a hike, whereas the tax burden on car carriers is going to decrease. Heger pointed out that projected tax income for 2021 is lower by €2 billion as compared to the approved 2020-22 budget. On the expenditure side, a reserve to the tune of €1.04 billion is being entertained as a remedy for the gap between standard prognosis scenarios and a potentially worse scenario. According to Heger, a significant year-on-year growth of €354 million is to be allocated to social policy, mostly due to increased expenditure linked to the 13th pension payment and social compensation.

The Council of budget responsibility has praised the budget, calling it the first realistic one in a long time, without underestimated expenditures and overestimated incomes. The Denník N daily wrote that its text is exceptional in its clarity and the fact that in the expenditure part there is an immediately legible shift from a dry description of probable expenditures of individual ministries and other institutions, towards the presentation of activities provided by the state.

As the daily continues, the weakest aspect of the first budget presented by Finance Minister Eduard Heger is that although it appears to be for a period of three years, only the figures for 2021 are credible and understandable. However, this does not indicate how the proposed decrease in deficit in the remaining two years should be reached.

Nevertheless, the budget still needs to be greenlighted by the parliament.