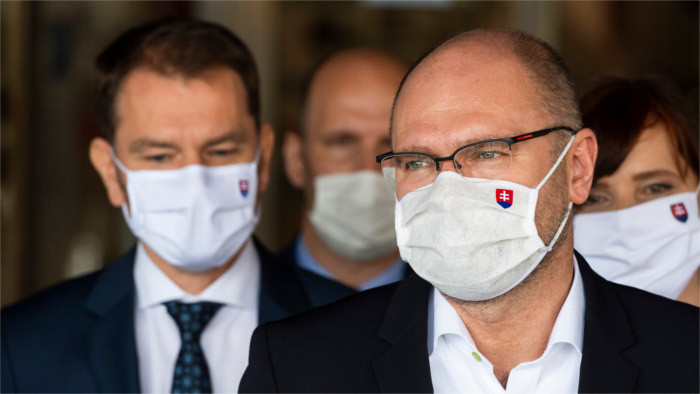 The skirmishes between Prime Minister Igor Matovic (OLaNO) and First Deputy Prime Minister and Economy Minister Richard Sulik (Freedom and Solidarity/SaS) continued on Thursday, with Sulik responding to Matovic's jibes on Facebook in the morning by stating that he regrets that the premier ignored his repeated proposals in the summer for better supervision of the country's borders vis-a-vis coronavirus. According to Sulik, he suggested in the summer that only those who had showed a negative coronavirus test, lived within a short distance of the country's borders and lorry drivers should be allowed to enter Slovakia. Matovic has accused Sulik in the past few days of causing the imminent deaths of dozens of people by allegedly creating an atmosphere in which one third of the nation, according to his personal estimates, could give the Public Health Authority's anti-coronavirus measures the "deep six", including when it comes to wearing face masks in public. Claiming that the SaS is "cynically" exploiting coronavirus in order to score political points, Matovic warned on Thursday that this could prevent the freshly adopted tightened measures from having an effect, meaning that the country might need to be locked down completely for months.


The conflict between Matovic and Sulik erupted last Sunday when the latter walked out of a session of the Central Crisis Management Team, stating that no solid data were presented to justify the closure of restaurants, gyms and other facilities across the country. Later, he proposed that in order to mitigate the economic impacts, such facilities should be closed only in areas badly affected by coronavirus. Matovic flatly rejected this idea, however. In addition, he stated that Sulik had lost his trust as a friend and advised the SaS to find a "worthier" leader.

The confrontational style of communication about coronavirus-related issues within the governing coalition but also towards the public is a road to hell for the coalition and public alike, thinks MP Miroslav Kollar (For the People). "If all of us in Slovakia communicated the way the President does, then both the prevailing mood of the public and the willingness to accept measures and put trust in them would have been higher," Kollar stated on the TASR TV talk show on Thursday. The lawmaker urges all coalition partners to communicate together in a more considerate way.