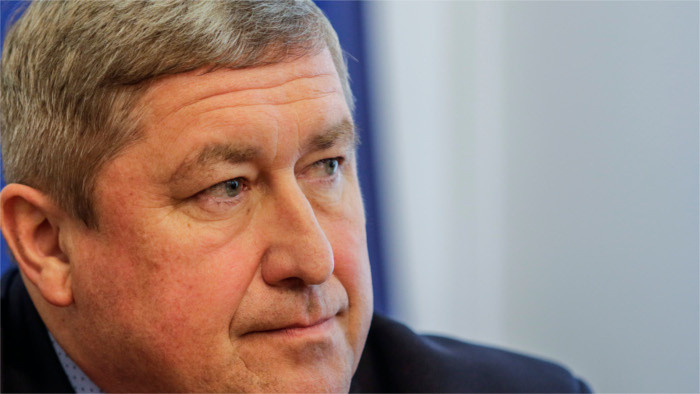 Dusan Kovacik has stepped down from his post of special prosecutor, Parliamentary Vice-chair Gabor Grendel (OLaNO) confirmed at a briefing held on Thursday, reading out Kovacik's resignation letter to the media.

Grendel noted that Kovacik's resignation means that Parliament will have to launch a selection process for a new special prosecutor. No specific dates and deadlines have been set yet. The parliamentary vice-chair stated in this regard that he does not expect the vote for a new special prosecutor to take place simultaneously with the vote for a new prosecutor-general. Kovacik, who is currently in custody, has been charged with setting up, masterminding and supporting a criminal group and obstruction of justice in a case concerning the preparation of a murder of an investigator of the National Crime Agency (NAKA). His resignation letter was submitted to Parliament on November 11.

President Zuzana Caputova stated on Thursday that she considers Dusan Kovacik's decision to step down as special prosecutor to be a logical move, given the gravity of the crimes he has been charged with. The president already opined that Kovacik should resign when it was reported that he had been detained in October.


The decision of Dusan Kovacik should have come earlier, considering his arrest for alleged corruption and other crimes, according to Justice Minister Maria Kolikova (For the People) speaking on Thursday. "This doesn't have anything to do whether he's been found guilty or not. Instead, it's related to the fact that this undermines the trustworthiness of the institution," said Kolikova.


Dusan Kovacik has besmirched the reputation of the entire Slovak Prosecutor's Office in a way that is hardly imaginable, Judicial Council chair Jan Mazak commented on Thursday in response to Kovacik's decision to step down as the Special Prosecutor. "Mr. Kovacik stepped down from the post of Special Prosecutor with such a delay that his resignation can be described with only three words. Late, too late. His longstanding hesitation led to a situation, in which he resigned only after winding up definitively in custody," said Mazak.