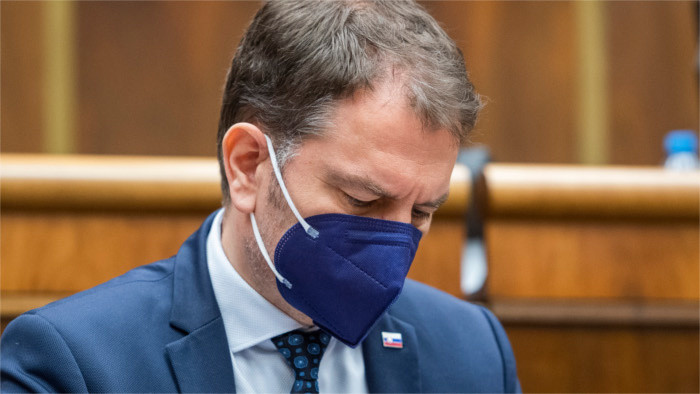 Finance Minister Igor Matovic (OLANO) stated on Sunday that he would soon reveal a tax and deduction reform, as the country is lacking billions of euro due to the coronavirus pandemic. He indicated a VAT rate hike: "This means that for covering part of the costs, we'd need, yes, to increase the VAT rate". This statement came a mere one day after he said that higher taxes and deductions could drive people from Slovakia.


Writing on Facebook, Matovic stated that a mother working for the minimum wage, who is at also the lone provider for two children, currently earns a net of €606 per month, including tax bonuses. "My social state that I'm dreaming of as of the summer will provide some €1,021 to the same mother," said Matovic, adding that the same family will only pay around €20 more on VAT per month than at the moment. When it comes to the elderly, the higher VAT rate should be compensated by an increase in pensions.

The co-governing Freedom and Solidarity (SaS) will veto any attempts to increase the VAT rate from the current 20 percent, SaS spokesman Ondrej Sprlak told TASR on Sunday.
SaS chairman and Economy Minister Richard Sulik said that any VAT rate increase is unacceptable for the party.

Veronika Remisova, chair of another minor party, For the People, said that her party would not support any VAT rate hike, either. On a private TV debate programme on Sunday she claimed that such a proposal had not been discussed by the Coalition Council (chairs of OLANO, We Are Family, Freedom and Solidarity and For the People). Conversely, the Coalition Council has discussed regular increases of family benefits, she said.


Opposition Smer-SD head Robert Fico, a former prime minister, on the programme noted that the increase of the VAT rate from the current 20 percent to 25 percent would bring price increases in just everything.