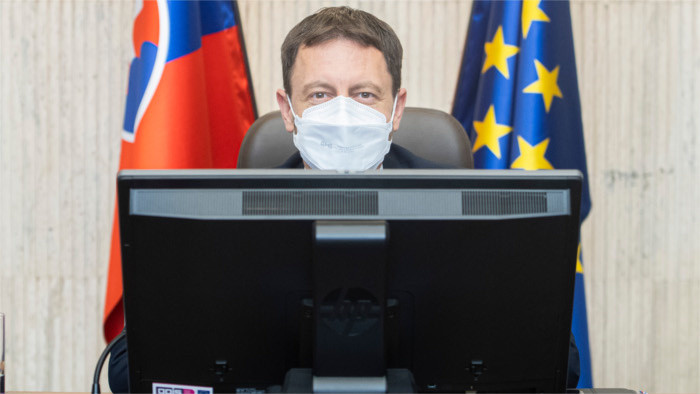 The alleged leak of the confidential Slovak Intelligence Service (SIS) report is being investigated by the Bratislava Regional Police Directorate, directorate spokesperson Veronika Martiniakova told TASR on Thursday. "In light of the fact that the case is the subject of investigation, no closer information can be divulged at this stage," she stated.
In the last week, Parliament convened for an extraordinary, closed-door session, initiated by opposition Smer-SD, to discuss the meeting of top state representatives at Intelligence headquarters that took place on May 17. Parliamentary chair Boris Kollar presented the report at the session, which supposedly indicates the existence of a group that influences investigations and prosecutions of corruption cases. Subsequently, the report was leaked online.

On Thursday this week, the National Criminal Agency detained Internal Affairs Inspectorate head Adrian Szabo over charges of misuse of a public official's powers and corruption. He was one of the participants in the recent secret meeting of top state representatives at the headquarters of Slovak Intelligence Service.

Also on Thursday, Prime Minister Eduard Heger (OLaNO) rejected any conspiracy theories floated over the detaining of Internal Affairs Inspectorate head Adrian Szabo or intimidation of the law enforcement authorities by the opposition. Heger underlined that the law enforcement bodies' hands are untied and it's necessary to let them do their job. Earlier in the day, opposition Voice-SD leader Peter Pellegrini called on Interior Minister Roman Mikulec (OLaNO) to resign and declared readiness to initiate a no-confidence motion in Heger. In Pellegrini's view, the Government has lost control over the police. A similar sentiment was echoed by Smer-SD chair Robert Fico, who wants to initiate an extraordinary parliamentary session to cast a no-confidence motion against Mikulec. Fico interprets Szabo's arrest as an attempt to silence the Internal Affairs Inspectorate, which is investigating suspicions stemming from the leaked Slovak Intelligence Service (SIS) report. Fico reads it as practices of organised crime targeting the opposition and the people.

On Friday, Interior Minister Roman Mikulec (OLaNO) said that he sees no reason to resign from his post when the Government is keeping to what it declared it would do before the election and the law-enforcement authorities are unveiling a criminal network at the highest state levels. "I view the opposition's efforts to sack me as the latest attempt to rescue all those who are currently suspected of crime. The slogan 'the law applies equally to everyone' actually gains key meaning at this moment," reads the interior minister's statement provided to TASR by Interior Ministry spokesperson Barbara Turosova. The interior minister spoke about desperate efforts and attempts by the opposition that are "obviously an expression of nervousness over constant new revelations regarding the unfair practices of the previous government, about which many accused are now testifying." According to Mikulec, ex-premiers Peter Pellegrini and Robert Fico should instead consider accepting responsibility themselves following testimonies that "describe the era of their rule in a very open and clear manner."

The arrest of Internal Affairs Inspectorate head Adrian Szabo as well as the alleged leaks of the Slovak Intelligence Service (SIS) report should be discussed by the House Defence and Security Committee, thinks committee member Anna Zemanova (SaS) who tabled a motion to that effect. Committee chair Juraj Krupa (OLaNO) told TASR that he will likely convene the session, although no date has been decided yet. Zemanova wants the extraordinary session to take place either next Thursday (June 10) or Friday (June 11).


Szabo was detained on Thursday by the National Criminal Agency (NAKA) over charges of misuse of a public official's powers and corruption. The head of the Internal Affairs Inspectorate was one of the participants in the recent secret meeting of top state representatives at the headquarters of Slovak Intelligence Service. Police is already investigating the leaks of the report.