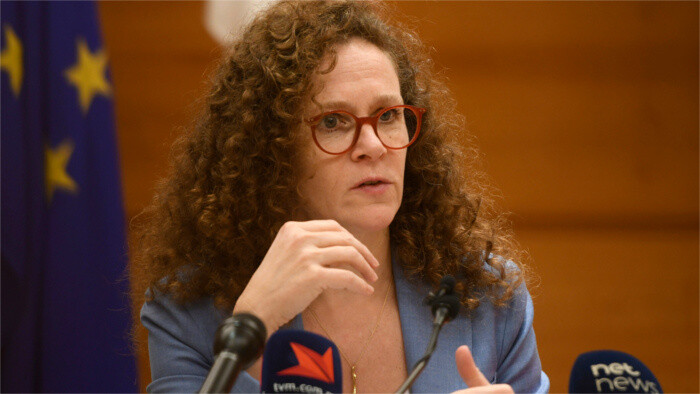 A delegation of MEPs from the European Parliament's Civic Liberties, Justice and Home Affairs Committee (LIBE), chaired by MEP Sophie in 't Veld, came to Slovakia on Tuesday, and Wednesday (Sep 20-21). They came to monitor compliance with the principles of the rule of law in Slovakia. The group voiced its full support to interim police chief Štefan Hamran, as well as investigators and prosecutors.

"I'm cautiously positive," Veld summarised her impressions from the two-day visit of the LIBE delegation to Slovakia. "We have heard a lot of things which are very worrying. We've heard about hate speech,the intimidation of journalists, we've heard basically about the intimidation and harassment of people who are fighting corruption in the authorities, we are still hearing about resistance to reforms... there may even be reforms that have unintended effects," stated Veld. She also appreciated the investigation into the murders of journalist Ján Kuciak and his fiancée Martina Kušnírová, but pointed out that the case is still not fully closed.

During its two-day stay, the delegation met with the families of murdered journalist and his fiancée, representatives of civic society, journalists and many senior state officials. Opposition's Voice-SD leader Peter Pellegrini lambasted the approach shown by the group of MEPs during their visit to Slovakia, taking objection to the fact that its members met only with coalition representatives and not with the opposition. At Wednesday's press conference, Veld explained that her delegation had met with people in Slovakia based on their position and job, not political affiliation. She pointed out that every political faction of the European Parliament was represented in the working group. She added that the delegation raised all the questions necessary and she was willing to meet anyone interested in talks, whether online, in person in Slovakia or in Brussels.