Fascism is present in Slovakia 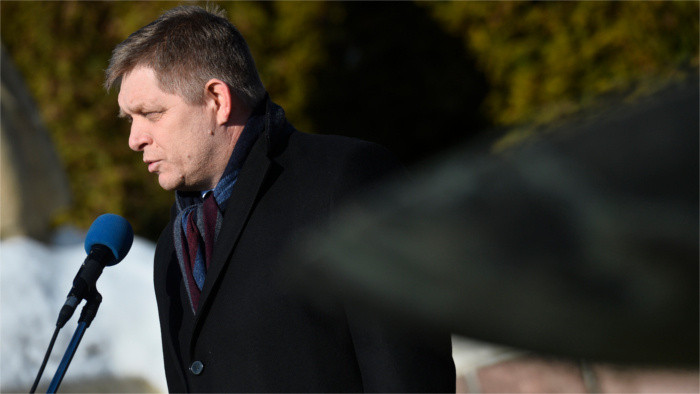 On Sunday, Prime Minister Robert Fico paid tribute to victims of the Nazis' burning of the villages of Kľak and Ostrý Grúň in central Slovakia. In his speech at a ceremony marking the 72nd anniversary of the tragedy he considered the question of the young people supporting fascism. "Don't take it as a reproach, but I don't understand it how a man and a party openly avowing fascism could have gained such support in the general elections in the villages where the murders and atrocities committed by fascism are so evident," stated Fico. In last year's general elections, the far-right Kotleba-People's Party Our Slovakia received seventeen percent of the vote in the village of Klak and almost six percent in Ostry Grun. The Prime Minister stressed the need to speak openly about these things: "Some people say that fascism is creeping up on us in Slovakia. It's not on its way, it's already here. ... It's walking on trains in green T-shirts, talking about a kind of order while only spreading the same ideology that drove the murderers here on January 21, 1945." The prime minister stressed the need to build a big dam against it and to unite each other regardless of whether someone is right or left-wing.