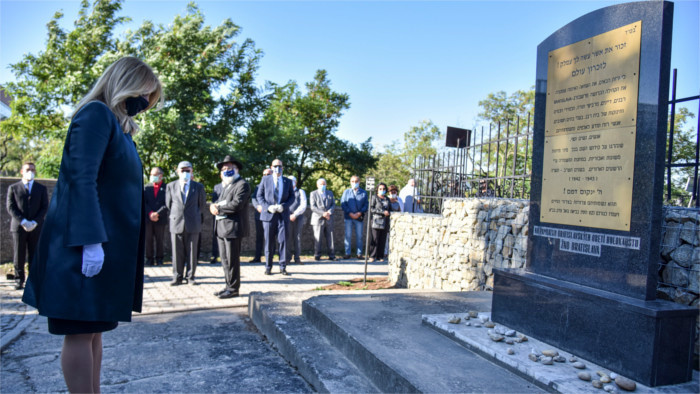 Every day we should be vigilant, attentive, and aware of statements denying the Holocaust or talk of restricting the rights of individuals or groups. This according to Slovak President Zuzana Čaputová, who was speaking on Wednesday on the occasion of Memorial Day for Victims of the Holocaust and Racial Violence. According to the head of state, historical events warn us that anti-Semitism or the denial of the rights of certain population groups don't suddenly appear overnight. "It's a gradual, slow process of propaganda and the spread of disinformation, and we have to be very vigilant about it," the President said.

Slovak Prime Minister Igor Matovič, too, sees a lack of critical thinking as one of the main factors that can allow extremism to rise. "If we had managed to raise questions and challenge the claims made by Adolf Hitler with critical thinking during his days, the Holocaust wouldn't have happened," Matovič declared on his visit to the Holocaust Museum in Sereď (Trnava region) on Tuesday. "We weren't able to resist a politician who, at a time of economic crisis, tried to come up with a solution designed to find a scapegoat, the purported originator of all evil, and found those who couldn't defend themselves," said Matovic.

MEP Monika Beňová (Smer-SD) said in a press release that it was necessary to point out that the Holocaust did not begin with mass deportations and the murder of the Jewish population or other minorities in any of the German-influenced countries during World War II. These acts were preceded by verbal and physical attacks, deprivation of citizenship, the right to property and its protection, and related state-organized robberies in the form of Aryanisations. "In Slovakia, it was allowed by the so-called Jewish Codex, which contained detailed anti-Jewish measures and rules," Beňová recalled.

On September 9, 1941, the government of the Slovak State adopted the Jewish Codex, which restricted basic personal, civil and social rights. About 70,000 Jews were deported from the territory of Slovakia to concentration camps.