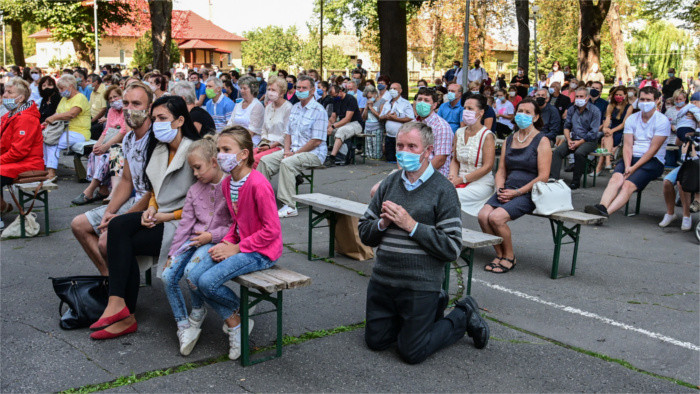 Strict epidemiological measures affected the festivities of Our Lady of Sorrows, the patron saint of Slovakia, with a mere 500 people let in for the central pontifical mass in the national shrine in Sastin, western Slovakia, on Tuesday, while only 1,000 were allowed to gather in front of the basilica. As the Slovak Bishops Conference had decided that what is usually a national pilgrimage would this time be only a parish event, only three bishops (all from Bratislava) were present in the gap-filled Baroque basilica, where everyone was wearing face masks. Among state officials, the mass in the basilica was attended by Prime Minister Igor Matovic (OLaNO) and central bank (NBS) governor Peter Kazimir.