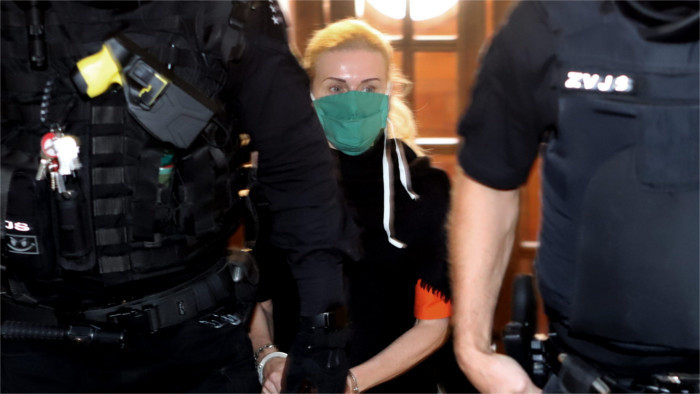 Former Justice Ministry state secretary Monika Jankovská, who has been charged with corruption and is currently in custody, confessed on Wednesday to the charges at the National Crime Agency (NAKA) headquarters in Nitra. "She's been testifying and she confessed, describing the crimes from her perspective. She admitted her crimes and provided extensive testimony regarding them. At the same time, she mentioned all the circumstances of which she has knowledge," stated Jankovská's lawyer Peter Erdős. He noted that Monika Jankovská has precisely described the crimes with which she has been charged and decided to provide testimony on Wednesday of her own volition. Former Justice Ministry secretary Monika Jankovská was detained along with 13 judges and other individuals and indicted with corruption-related charges in March.