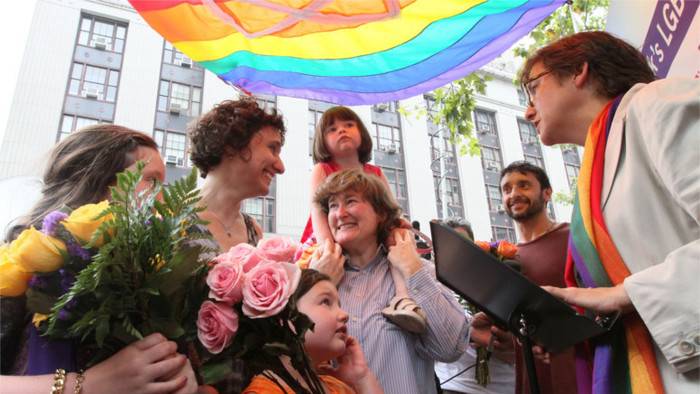 Nearly 40 NGOs joined forces and unveiled a joint platform called 'Life Partnership' on Tuesday whereby they aim to garner public backing for the legal recognition of same-sex couples and their families, hence effectively for registered partnerships. According to the NGOs, the possibility of a 'registered partnership' would also be open for heterosexual couples that are reluctant to tie the knot. The organisations are planning a campaign that will offer stories of gay couples. "It's time that same-sex couples living among us were made more visible. It's time to pay heed to their problems and push for solutions", said the platform's representative Martin Macko, of Inakosť (Otherness). The platform also seeks to point to other new social phenomena such as an increasing number of people living in unofficial unions and the rising number of children born out of wedlock. The legal concept of a life partnership should involve equal rights and obligations as is the case with marriage. Same-sex couples would also be able to bring up biological children of one of the couple's members provided the other parent agrees with it. Public Ombudswoman Jana Dubovcová has endorsed the platform, which is being coordinated by Inakosť. The initiative has been striving for legal recognition of same-sex couples ever since it was set up in 2006. The issues of same-sex couples were also the subject of the 'referendum on the family' that was organised by the Alliance for Family (AZR) and took place in early February. With the turnout only at 21.41 percent, the referendum was declared invalid, however. More than 90 percent those who took part in the vote opposed using the word 'marriage' for same-sex unions and adoption of children by same-sex couples. A similar referendum took place in Ireland late last month and voters gave a thumbs-up to same-sex marriages.